The Obama administration deported 333,341 unauthorized immigrants in the 2015 fiscal year, a decline of about 81,000 (or 20%) from the prior year, according to newly released data from the Department of Homeland Security. The number of deportations fell for the second year in a row and reached its lowest level since 2007... 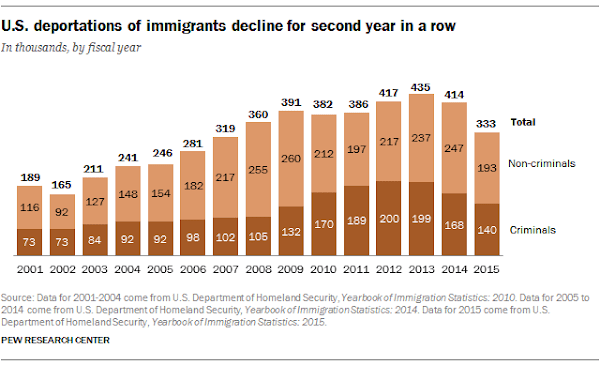 Good. This will give Trump impetus to deport swathes, perhaps even generations back. Let Zero and crew block up the drain plug. I really think Trump has a serious plunger to clear the blocks.

Not a "shocker" given that Obama has methodically dismantled the nation's enforcement apparatus for purely political reasons.