OBAMA: I Colluded With the U.N. to Trash Israel Because I'm Still President For a Few Days

The Hill is reporting that the White House’s decision to break with decades of U.S. policy and allow the U.N. Security Council to condemn Israeli settlements is the culmination of years of bad blood between President Obama and Israeli Prime Minister Benjamin Netanyahu.

Obama’s team decided it was worth the condemnation they might get.

There were several reasons he did it but among them is Obama’s ego. He was angry that Trump brokered a deal on the resolution the day before.

Ben Rhodes, Obama’s deputy national security adviser, said that there is only one president at a time and Obama is president until January 20th. This is the other reason Obama did it – to assert his powers and send a message – he’s the president and you stepped on my toes. Obama’s an idiot trying to usurp Trump’s authority. 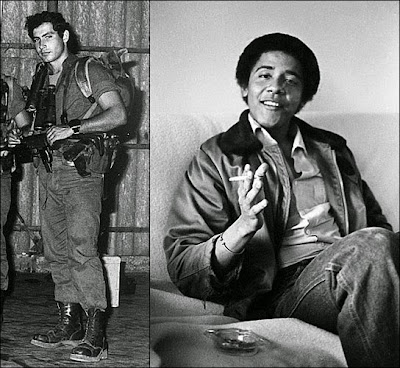 “There is one president at a time,” Rhodes said. “President Obama is the president of the United States until Jan. 20 and we are taking this action, of course, as U.S. policy.”

Rhodes said the rapid expansion of settlement activity [building homes and apartments] under Netanyahu had put the possibility of a future peace agreement at risk.

We’ve been vetoing these resolutions since 1980 because it only served to undermine Israel and does nothing for peace. The two-state solution is unworkable.

Obama did it out of pettiness and vindictiveness and a bizarre idea that if Israel goes back to indefensible 1967 borders [which actually never existed], there will be peace. Hamas, Iran and other enemies of Israel, however, have made it clear they will settle for nothing less than the complete dissolution of Israel.

Netanyahu’s office issued a statement that the Obama administration was turning its back on Israel.

“The Obama administration not only failed to protect Israel against this gang-up at the U.N., it colluded with it behind the scenes,” Netanyahu’s office said in a statement.

Rhodes claimed the U.S. had no role in drafting the resolution. Rhodes is the liar who joked about how he fooled Americans into accepting the Iran deal. Rhodes mocked Americans and stupid journalists for believing him. Why should we believe anything he says?

Then Rhodes indirectly revealed their other motivations.

“Prime Minister Netanyahu had the opportunity to pursue policies that would have led to a different outcome today,” Rhodes said.

Netanyahu was supposed to give up land to terrorists, give up Jerusalem to terrorists and Obama even wanted them to help rebuild Gaza and provide them with free access across borders, land and water.

Former Ambassador Bolton knows the U.N. and doesn’t like it. He said the supporters of the resolution had to have consulted with the U.N. He had to have seen it to know what he was abstaining from. The U.S. has been killing these resolutions since 1980. It was an attempt to box the Trump resolution in. The resolution says Israel has no land!

Bolton makes some fascinating points about the effects that will be felt for years.

Funny, I heard water draining so I went to look and saw a very small man being sucked counter clockwise into the sewer of history. He didn't ask for help so I didn't give it, but he sure did scream.

It's the first step in a lunatic plan to invade Israel and force her to give up her land on behalf of an enemy who wishes to use it as a broader base in the ongoing war to destroy her.

"President" Obama is and always has been a hate filled genocidal lunatic who is playing with fire, and he's going to get burned.