THE INFILTRATOR: How George Soros Destroyed the Democrat Party

It was the end of the big year with three zeroes. The first X-Men movie had broken box office records. You couldn’t set foot in a supermarket without listening to Brittney Spears caterwauling, “Oops, I Did It Again.” And Republicans and Democrats had total control of both chambers of legislatures in the same amount of states. That was the way it was back in the distant days of the year 2000.

What happened to the big donkey? Among other things, the Democrats decided to sell their base and their soul to a very bad billionaire and they got a very bad deal for both.

It was 2004. The poncho was the hottest fashion trend, there were 5 million new cases of AIDS and a former Nazi collaborator had bought the Democrat Party using the spare change in his sofa cushions.

And gone to war against the will of the people. This was what he modestly called his own “Soros Doctrine”. 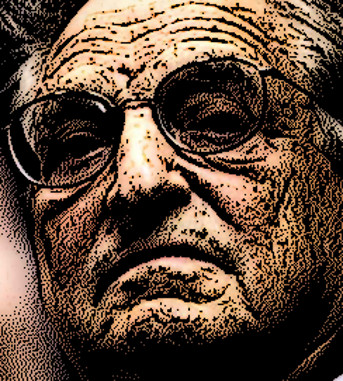 “It is the central focus of my life,” George Soros declared. It was “a matter of life and death.” He vowed that he would become poor if it meant defeating the President of the United States.

Instead of going to the poorhouse, he threw in at least $15 million, all the spare change in the billionaire’s sofa cushions, dedicated to beating President Bush.

In his best lisping James Bond villain accent, Soros strode into the National Press Club and declared that he had “an important message to deliver to the American Public before the election” that was contained in a pamphlet and a book that he waved in front of the camera. Despite his “I expect you to die, Mr. Bond” voice, the international villain’s delivery was underwhelming. He couldn’t have sold brownies to potheads at four in the morning. He couldn’t even sell Bush-bashing to a roomful of left-wing reporters.

But he could certainly fund those who would. And that’s exactly what he did.

Money poured into the fringe organizations of the left like MoveOn, which had moved on from a petition site to a PAC. In 2004, Soros was its biggest donor. He didn’t manage to bring down Bush, but he helped buy the Democratic Party as a toy for his yowling dorm room of left-wing activists to play with.

Soros hasn’t had a great track record at buying presidential elections. The official $25 million he poured into this one bought him his worst defeat since 2004. But his money did transform the Democrat Party.

Next year the Democracy Alliance was born. A muddy river of cash from Soros and his pals flowed into the organizations of the left. Soros had helped turn Howard Dean, a Vermont politician once as obscure as this cycle’s radical Vermont Socialist, into a contender and a national figure. Dean didn’t get the nomination, but he did get to remake the DNC. Podesta’s Center for American Progress swung the Democrats even further to the left. And it would be Podesta who helped bring Hillary down.

The Democrats became a radical left-wing organization and unviable as a national political party. The Party of Jefferson had become the Party of Soros. And only one of those was up on Mount Rushmore.

Obama’s wins concealed the scale and scope of the disaster. Then the party woke up after Obama to realize that it had lost its old bases in the South and the Rust Belt. The left had hollowed it out and transformed it into a party of coastal urban elites, angry college crybullies and minority coalitions.

Republicans control twice as many state legislative chambers as the Democrats. They boast 25 trifectas , controlling both legislative chambers and the governor’s mansion. Trifectas had gone from being something that wasn’t seen much outside of a few hard red states like Texas to covering much of the South, the Midwest and the West.

The Democrats have a solid lock on the West Coast and a narrow corridor of the Northeast, and little else. The vast majority of the country’s legislatures are in Republican hands. The Democrat Governor’s Association has a membership in the teens. In former strongholds like Arkansas, Dems are going extinct. The party has gone from holding national legislative majorities to becoming a marginal movement.

And the Democrats don’t intend to change course. The way is being cleared for Keith Ellison, the co-chair of the Congressional Progressive Caucus with an ugly racist past, to head the DNC. Pelosi will oversee the disaster in the House. And Obama will remain the party’s highest profile national figure.

There could hardly be a clearer signal that the left intends to retain its donkey herding rights. Soros and his ilk have paid for the reins. That is why Pelosi, with her access to donors, will retain her position.

The left had recreated the Democrat Party and marginalized it. Much of this disaster had been funded with Soros money. Like many a theatrical villain, the old monster had been undone by his own hubris. Had Soros aided the Democrats without trying to control them, he would have gained a seat at the table in a national party. Instead he spent a fortune destroying the very thing he was trying to control.

George Soros saw America in terms of its centers of economic and political power. He didn’t care about the vast stretches of small towns and villages, of the more modest cities that he might fly over in his jet but never visit, and the people who lived in them. Like so many globalists who believe that borders shouldn’t exist because the luxury hotels and airports they pass through are interchangeable, the parts of America that mattered to him were in the glittering left-wing bubble inhabited by his fellow elitists.

Trump’s victory, like Brexit, came because the left had left the white working class behind. Its vision of the future as glamorous multicultural city states was overturned in a single night. The idea that Soros had committed so much power and wealth to was of a struggle between populist nationalists and responsible internationalists. But, in a great irony, Bush was hardly the nationalist that Soros believed. Instead Soros spent a great deal of time and wealth to unintentionally elect a populist nationalist.

Leftists used Soros money to focus on their own identity politics obsessions leaving the Dems with little ability to interact with white working class voters. The Ivy and urban leftists who made up the core of the left had come to exist in a narrow world with little room for anything and anyone else.

Soros turned over the Democrats to political fanatics least likely to be able to recognize their own errors. His protégés repeated the great self-destruction of the Soviet Union on a more limited scale

Soros fed a political polarization while assuming, wrongly, that the centers of power mattered, and their outskirts did not. He was proven wrong in both the United States of America and in the United Kingdom. He had made many gambles that paid off. But his biggest gamble took everything with it.

"I don’t believe in standing in the way of an avalanche," Soros complained of the Republican wave in 2010.

But he has been trying to do just that. And failing.

"There should be consequences for the outrageous statements and proposals that we've regularly heard from candidates Trump and Cruz," Soros threatened this time around. He predicted a Hillary landslide.

As Soros plowed more money into the left, its escalating radicalism alienated more of the country. Each “avalanche” was a reaction to the abuses of his radicals.  It wasn't Trump or Cruz who suffered the consequences. It wasn't even his own leftists. Rather it was the conservative and eventually the moderate wings of the Democrat party who were swept away by his left-wing avalanches.

The left did not mourn the mass destruction of the moderates. Instead it celebrated the growing purity of the Democrats as a movement of the hard left. It did not notice or care that it was no longer a political force outside a limited number of cities. It anticipated that voters would have no choice but to choose it over the "extremist" Republicans.

It proved to be very, very wrong.

George Soros spent a fortune to turn a national party favorable to the left into an organization that has difficulty appealing to anyone not on the left. He wanted to control a country he did not understand. And, as the left so often does, he achieved his goals and in doing so destroyed them.

Isn't there a contract on this guys life by the Russians - dead or alive?
Why are we still reading about him?

David Horowitz' book, "The Shadow Party: How George Soros, Hillary Clinton, and Sixties Radicals Seized Control of the Democratic Party," is essential reading for those wishing to know the details about Soros' takeover of the Democrat Party. Obama and Clinton are just minions doing his bidding. The agenda and the political leadership come directly from Soros, not from the Democrat voter.

I don't think Israel is an ally. I actually am beginning to wonder just how cozy Soros is with Israel, in truth. Same politics, to be honest. Americans are tired of having Jews on the wrong side of politics, choosing the wrong friends who so often are our enemies, supporting open borders here and not in Israel, and all else. I think it is time they starting pulling their weight, carrying the load, or going their own way. And I don't think I am alone.

Chuckle, laugh if you wish. Just remember, you thought I was insane to think Trump... *cough* President Trump would win. Things are changing and you still haven't gotten on board. New game, new rules.

Soros is no friend of Israel. In fact he is just as much their enemy as he is America's.

Soros hates Israel as much if not more than the neo-Nazi "Doom" above.

Billionaires and their activist organizations who help fund destructive groups like OWS, BLM and anti-pipeline protest groups (so more oil stays on rail cars) are not friend of America. Quite the contrary.

If anyone was in more need of a bullet to the back of their head, it's Soros.

We would even have to order that hit, just tell Europe to ignore, and ignore ourselves. I think the Russians would do it in a heartbeat. Especially with all that hacking help they provided. *cough* I honestly wonder how much security a billionaire can afford, and what it is really worth compared to a nation. Get it on video... pay-per-view, all I'm saying.

As to Israel, and Jews, they have been voting and pushing, the wrong way for America for too long. They act just like Soros. If you don't see that, that's a personal problem. If God is with them, as many thing, don't worry so much. He was continuously teaching them though, right into modern times. They don't learn well.

You didn't even mention his backing of Black Lives Matter...