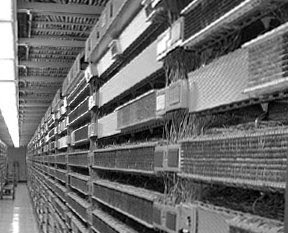 These are the switches once used to wiretap terrorists living in the Middle East who called into America. 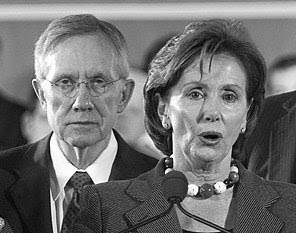 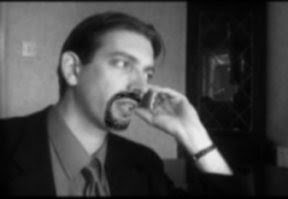 This is the terrorist who received the call in Newark, New Jersey from a handler in Damascus. 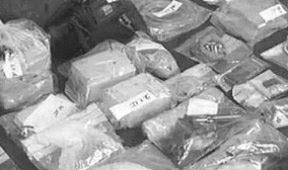 These are the home-made explosives that were manufactured by the New Jersey terrorist cell using instructions found on a Syrian website. 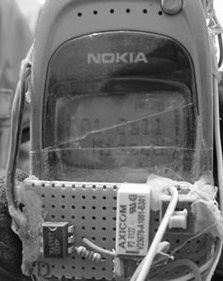 This is the cell phone, wired for use as an igniter. 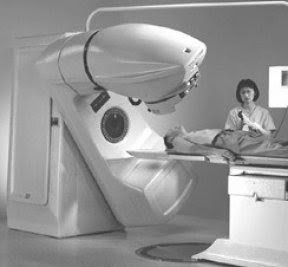 This is a cancer therapy machine, which uses a radioactive source called Cesium-137. 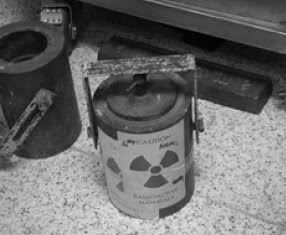 This is some of the Cesium-137 stolen from a facility that houses cancer therapy machines. 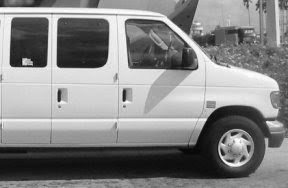 This is the van that carried the dirty bomb built using home-made explosives and Cesium-137. 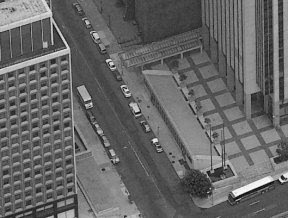 This is the van parked on Wall Street several blocks away from the New York Stock Exchange. 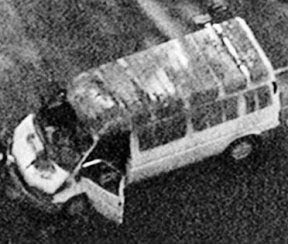 This is the van after it detonated, scattering radioactive material over several square miles during a windy day. This is one of the innocents killed by the explosion, who happened to be standing nearby. 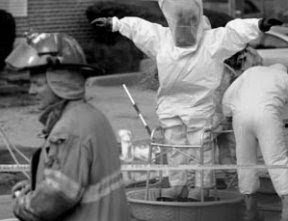 This is one of the Hazmat teams, decontaminating after hours of cleanup. 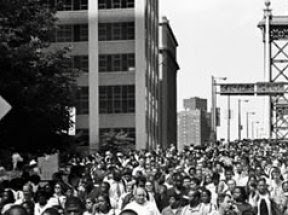 These are Manhattan workers, leaving the city after being told to evacuate by emergency personnel. 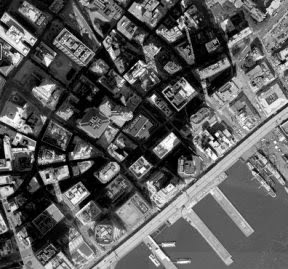 This is a portion of Manhattan rendered uninhabitable for two to four years by the dirty bomb.

Update: Linked by Instapundit and Atlas Shrugs. Thanks!

Update III: Linked by Gateway Pundit. Thanks! Also linked by liberal progressive blog Sadly, No, who provides a truthfully entertaining vision of the evils of Bushitler-Halliburton-Blackwater-Corp. Who's got the battery cables so we can begin torturing the lefty bloggers? As for our progressive commenters, I think you missed the New York Times article linked at the bottom entitled "Seize the Cesium." Click and learn, my friends, click and learn.

you made up the whole thing? WTF man?

And then the far right wing elects Michele Bachmann as President and she launches an all out nuclear attack after hearing Iran has taken over our embassy.

Extreme liberals and extreme conservatives, you are both ignorant. Who writes the stupid stuff on this site anyway?

Winston Churchill was called an extremist and ignorant in the late 1930's - he knew Hitler/Nazi's would attack - but the elites did not believe him. "Peace in our Time" the liberals cried. They were wrong - 20-50 MIllION people died as a result.
History teaches that we do not learn the lessons history teaches.