Gee, doesn't this directly refute President Obama's assertion that taxing "the rich" (whoever that is) will somehow help the budget deficit?

Doesn't Twitter count as the evil rich, to be vilified and shunned? 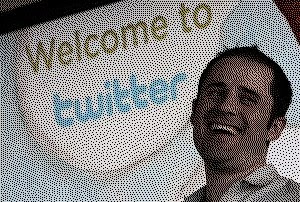 As expected, the San Francisco Board of Supervisors today approved a payroll tax cap for some businesses willing to move to the city's Mid-Market neighborhood.

The legislation and subsequent amendments passed by a vote of 8 to 3... Mayor Ed Lee has said he will sign the measure.

The legislation's passing should come as good news to growing businesses in the city, but the poster child for this effort has been Twitter. The company currently resides in a building in the South of Market neighborhood and has been considering a move out of the city due to San Francisco's high payroll taxes and rents. Other tech firms like social-gaming company Zynga and Yelp, all born in San Francisco, have also threatened to leave the city for similar reasons.

The legislation that officially passed today will cap payroll taxes for companies with a payroll of at least $1 million for the next seven years. That cap would remain even if the companies add to their ranks. Additionally, employee income from exercising stock options will not be taxed.

So even the far let nuts in San Francisco understand that "taxing the rich" simply drives them away.

It rewards the slothful.

Letting the government have more money now is akin to giving a heroin addict clean needles and cash.

Wait. The liberals did that too. My bad.