Someone at Reuters named 'Chrystia Freeland' -- if that is her real name -- wasted thousands of bytes of valuable web real estate the other day relaying a study that found 'Capitalism is failing the middle class'. It's as if she believes our economic system really is capitalism: 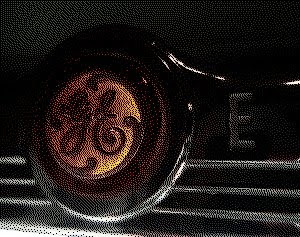 Global capitalism isn’t working for the American middle class. That isn’t a headline from the left-leaning Huffington Post, or a comment on Glenn Beck’s right-wing populist blackboard. It is, instead, the conclusion of a rigorous analysis bearing the imprimatur of the U.S. establishment: the paper’s lead author is Michael Spence, recipient of the Nobel Prize in economic sciences, and it was published by the Council on Foreign Relations...

...Spence and his co-author, Sandile Hlatshwayo, examined the changes in the structure of the U.S. economy, particularly employment trends, over the past 20 years. They found that value added per U.S. worker increased sharply during that period – 21 per cent for the economy as a whole, and 44 per cent in the “tradable” sector, which is geek-speak for those businesses integrated into the global economy. But even as productivity soared, wages and job opportunities stagnated.

Put yourself back in time 20 years. Take away your cellphone, your flat-screen, your car that does 0-60 in under 8 seconds, your Internet connection, your incredible selection of foods at the local grocery store, and every other innovation of our magnificent (capitalist) free market system.

Is the average worker really worse off now than 20 years ago? Could their quality of life truly be characterized as "stagnant"? 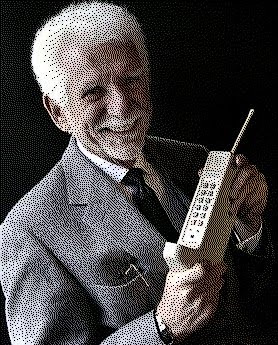 The headline should read 'Crony Capitalism is Failing the Middle Class'.

We've seen decade after decade of bigger, more centralized, government in the United States. The federal government has become so unmoored from the Constitution that it would be well nigh unrecognizable to our nation's founders.

Consider the tentacles that intertwine Goldman Sachs and the U.S. Treasury Department. Or General Electric and the Department of Health and Human Services.

The free market hasn't failed "the middle class" (whoever that is - and, by the way, that phrasing is prototypical Marx-Alinsky class warfare rhetoric).

Monstrous government programs have failed Americans: from disastrous housing debacles like Fannie Mae and Freddie Mac; the control of more and more elements of the energy sector in the name of a "global warming" fraud; "financial reform" authored by the likes of Barney Frank and Chris Dodd; further centralization of the health care industry; the failing welfare state; open borders; Social Security, Medicare, and dozens of other programs that are little more than legalized Ponzi schemes.

If Americans can ever restrain the government to its constitutional duties, we might truly unleash the "middle class".

What we have today is an out-of-control leviathan of a federal government, mandating our light bulbs, electric cars, low-flow shower heads, what kinds of insurance we must buy, and controlling literally every aspect of our lives.

It's not capitalism that's at fault. It's a bloated federal government and its pal, crony capitalism.

Our current economic system is to capitalism as Nazi Germany was to democracy.

My response: Capitalism? Show me!