Indonesia: One Dead, 29 Wounded in Suicide Bombing to Protest Zionist Occupation of Java

Those clever Zionists must have confused the poor suicide bomber -- Gaza and Java are spelled so similarly!

I mean, how else can the Left blame the vicious attack inside an Indonesian mosque on Israel -- and not its real cause? Xinhua reports the gory details. 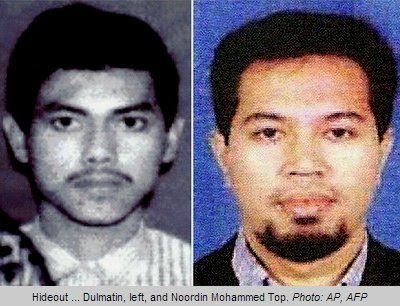 The suicide bombing in a mosque at a police station in West Java province killed the alleged bomber and injured 29 people, police said Friday.

Six of the wounded were in serious conditions, including the Cirebon district police chief, provincial police chief Suparni Parto told reporters here... National Police chief Timor Pradopo said security at other police stations and crowded areas in the province would be strengthened so as to prevent similar attacks.

...While standing in the second line of prayers in the mosque, the alleged bomber blew himself up with a bomb that was packed with nails and other metal objects.

"When I tried to move to the second line of the prayers, someone moved there before me, and then the bomb exploded," said 50-year-old Singgih who survived the attack.

He suffered from multiple wounds in the front of his body because the bomber was standing right before him... "Many people at the first line were hurt at their back," said Singgih at a local hospital.

I, for one, blame Militant Quakers. They've been known to launch bloody Quihad attacks.

Terrorism is now spread allover the world so no one can immediately stop but decrease their activities through punishment and negotiations Indonesian government should act strongly on the terrorism.