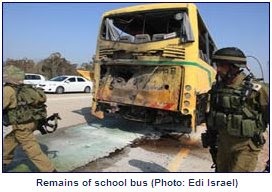 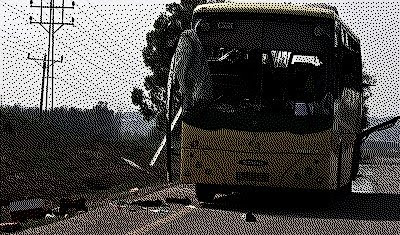 at 11:37 AM
Email ThisBlogThis!Share to TwitterShare to FacebookShare to Pinterest
Labels: Democrats, extremism, Obama, War, World

Sorry I don't believe a word of it. It wouldn't surprise me for the Israeli government and goons to target their own people. Since we'll never know the truth, especially out of Israel or the United States, we must decide for ourselves. And those decisions are made from what we see and hear of the ruthlessness of Israelis and Americans towards innocent people.

Everyone knows what the problem is in Israel and Gaza. It has to do with land. And the palestinians have been losing it year by year.

You can print all stories you want about poor Israel...I just cannot muster the sympathy anymore.

gazafan, you are an ignorant piece-of-shit. Israelis have been out of Gaza for years now, and Hamas has been shooting rockets at the southern Israeli cities since just about the same day Israel left.

In fact, I WISH you were right, as I believe Gaza should be taken over entirely by Israel and all the Gazans moved to Egypt. Good bye, good luck.

In the meantime, YOUR lies are just sickening.

Have you ever been to Israel, you miserable shit? Arabs walk around in west Jerusalem, were in the same malls we were in; no one bothered them, they shopped and ate at the same food courts we did. They were no more bothered upon entering, security-wise, than we were.

The Palestinians, including the Gazans, have had years and years to make peace. Instead, they war on Israel and on each other. Did you see the videos of Hamas throwing Fatah men off the roof of buildings in Gaza, or mowing down with machine guns in schoolyards? WERE THOSE ISRAELIS DOING THAT?

YOU LIE, YOU and the miserable bastards who aid and abet the Hamassholes and the other jihadists. Blood is on YOUR hands, as you applaud their murderous actions and justify on LIES.

WHAT INNOCENT PEOPLE? The same people that have been murdering Jews all along, from way before there was a state of Israel or a West Bank "occupation"? Lies upon lies upon lies, that's all you know how to do.

Yeah, brilliant conclusion, the Israelis blew up their own school bus with a rocket...you are SICK and TWISTED. Israel doesn't WANT GAZA, it got out, but I hope they TAKE IT BACK AND WIPE OUT THE MURDERERS AKA Hamasa and I.Jihad and the PFLP and the other big "heroes" who target civilians.

Hey, how does it feel to be caught in a lie? Goldstone retracted his own report that said Israel targeted civilians. Instead, he admitted it was HAMAS who was doing so.

Little Barry used the Constitution as a snot rag when he bombed Libya. I trust, as a natural born American citizen, that the US Armed Forces will stand down when the undocumented, purple lipped, jug eared president tries to fly them in Israel.

Whoa, it's hard to believe there are actually people like gazafan and the assclown at 3:58 walking among us.

I've never been able to understand the restraint Israel has shown over the attacks on their country. If a renegade bunch of separatist Indians were bombing Minnesota from Canada, that shit would last once.

Honestly, if I was running Israel, I'd nuke the whole rotten bunch of these fuckers and be done with it. PC is going to kill millions.
MM

Excellent retort towards Gazafan (how can anybody be a fan of that Hellhole?)? But I fear it will fall of deaf ears. Moslems (and their sympathizers) only hear what they want to hear and have been indoctrinated since birth about the evil Joooos.

Gazafan is either a Moslem, or a liberal. It's so hard to tell them apart nowadays.

The first line of what Mo said.

Gee, it still hasn't occurred to the Arab League and the so-called "Palestinians" (so-called because there is NO NATION named Palestine) that:

IF THE FECKING IDIOTS IN GAZA WOULD FLUCKING STOP SHOOTING FRICKING ROCKETS INTO ISRAEL, THERE WOULD BE NO FARKING REASON FOR ISRAEL TO FREAKING RETALIATE

When is some rational human being from the West going to address these Muslim cretins and start using the word "NO" very loudly and very often?

Who is it who said Muslims are either "on their knees, or at your throat"? It's about time to stop pretending to "respect" their barbaric "culture" and stand up for Civilization...