EPA again blocks Shell from drilling on leases it bought from the federal government for billions, which should do wonders for gas prices

For those of you drones out there who still think, naively, that President Obama is trying to help out the little guy, may I present the following chart? 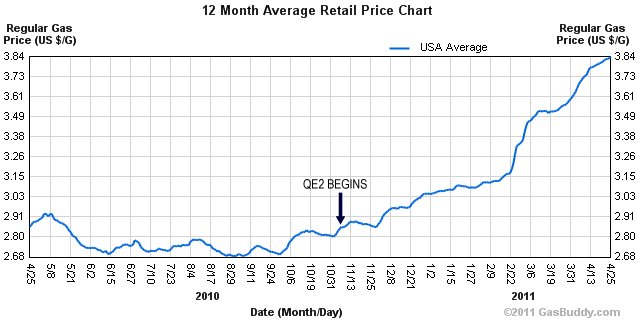 This is the average, retail national price of a gallon of gas over the past year.

So, Doug, you say -- the price of gas isn't President Obama's fault. It's the speculators. And the oil companies. And Sarah Palin. 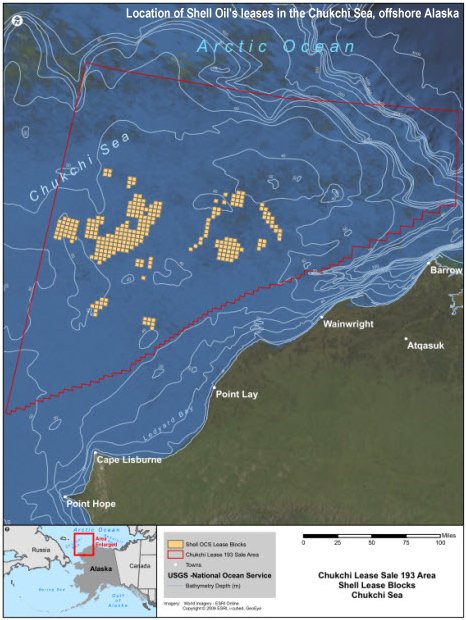 The Environmental Protection Agency -- also known as the flat-Earth, no growth, taxpayer-funded, eco-Marxists (which is the term they prefer, I hear) -- is intentionally killing off domestic energy production. Presumably this makes good on at least one of President Obama's campaign promises -- in this case, that energy prices "will necessarily skyrocket."

As Steve Maley puts it, "We have handed radical environmentalists veto power over domestic development."

In 2008 Shell bought the Chukchi Sea leases from the U.S. for $2 billion and then spent another $2 billion on a "pre-drill exploratory phase." Because of ice cover, even basic exploration tasks are difficult, expensive and limited to certain months of the year.

After three years of investment by Shell, the eco-Marxists at the EPA pulled the rug right out from under the beleaguered oil company for specious, ludicrous reasons ("The EPA’s appeals board ruled that Shell had not taken into consideration emissions from an ice-breaking vessel when calculating overall greenhouse gas emissions from the project").

We are the only country on the face of the Earth that restricts access to its own vast energy resources.

And this is an intentional strategy on the part of President Obama.

I hate to use the I-word, but I truly feel that these policies -- opposed by the vast majority of Americans and unworthy of a "Commander-in-Chief" -- represent a crime of the highest order.

And this setback will cost Shell roughly $4 billion or more, which should do wonders for gas prices. Republicans better stand up to these bullying environmental nuts and de-fund the entire EPA until Obama is out of office.

Yes, I said it: Nuke the EPA from orbit. It's the only way to be sure.

Top of the Blog as tonite's Econ 101 lesson.

We are truly living out Atlas Shrugged as we speak. Until the eco marxists in charge veto speaking, for it pollutes the earth with carbon dioxide. Words don't describe my hate for these people, yes I said it, hate!

Above and beyond the influence of QE2 and the dollar, what would anyone expect any sane speculator to speculate given this set of anti-development facts?

Thanks for the EPA update, I think.I never thought the news could make me physically ill, but we're getting there.

Didn't see this when I posted a related article yesterday on whose hiney Obama should kick over the increasing gas prices, but I've linked up now.