“That’s why today, I’m pledging to cut the deficit we inherited by half by the end of my first term in office.” --President Barack Obama, February 2009

When Standard & Poor's (S&P) notified the U.S. Treasury Department that it was considering an unprecedented move -- lowering the outlook on America's debt -- the Obama administration's first response was... to cover it up. Somehow this doesn't come as much of a surprise given the administration's affiliation with the likes of Trumka, Holder, La Raza, Stern, and Alinsky.

The Obama administration privately urged Standard & Poor’s in recent weeks not to lower its outlook on the United States — a suggestion the ratings agency ignored Monday, two people familiar with the matter said.

Treasury Department officials had been discussing with S&P whether the ratings agency should change its outlook on the United States to “negative” from “stable,” an indication that the country could lose its crucial AAA rating in coming years over its soaring debt levels...

Let me guess: the White House threatened to revoke S&P's coveted status as a federally accredited rating agency (also known as an "NRSRO"), which could devastate the company. 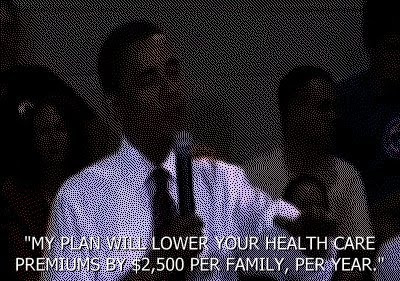 A cover-up is to be accepted from the Obama White House. After all, this kind of dishonesty is par for the course for President Obama. Remember, this is the same charismatic demagogue who claimed over and over that passing Obamacare would "lower premiums for each family by $2,500 a year."

It's no surprise that the White House would try to hide its poor stewardship of the public fisc in order to continue its perverse policies that have only made the problem worse.

It would at least be consistent. As we noted last Tuesday, the administration is reportedly engaged in a disinformation campaign to cover up the depth of the burden that's been dumped on American families.

The fiction is found on the White House's Federal Tax Receipt website. It says a family of three earning $50,000 a year pays a mere $19 in interest on the national debt.

...As Neil Munro of the Daily Caller has reported, the Congressional Budget Office estimates that interest payments cost the federal government $414 billion in 2010, "or $4,140 for a family of three, or 218 times more than the White House website shows."

Kudos to Standard & Poor's for standing up to the White House.

As The Financial Times put it:

S&P’s decision to downgrade the outlook on US sovereign debt from “stable” to “negative” for the first time in its history is like hearing a smoker cough and telling them that cigarettes give you cancer.

The warning can have two results. It may encourage the smoker to quit. Or their cold may get better and so prompt them to ignore alarmist advice from friends in future.

These F.T. authors are so quaint. They think President Obama is interested in saving the economy. I've got two Columbia professors who say otherwise.

There is only one word to describe the Obama administration: lawless.

And this is the administration that decided to make deterring bullying a federal issue. It would be funny if it weren't so horrible.

Question: Is it permissible for a rating company to refuse to rate a bond? If so, they could simply not issue ratings on US Treasury notes, leaving them to "float" on the market.

Of course we know that float would turn into a crash....