Quick! Read This Before Reuters "Corrects" It! [Dan from New York] 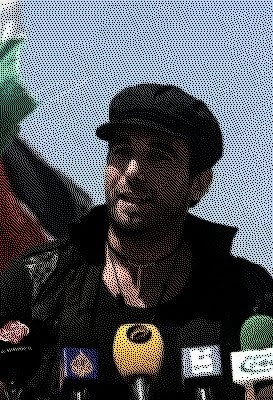 This story is notable only because Reuters and most other Western media set such a low standard for honesty in their reporting of news about Israel and the Middle East. One sentence in particular stands out:

Hamas, whose diehard hostility to Israel has deepened the isolation and poverty of Gaza, home to 1.5 million Palestinians.

Strange, but that is where they normally slug in the boilerplate:

Israeli hostility has deepened the isolation and poverty of Gaza, home to 1.5 million Palestinians.

The story also hints at the disquieting possibility of an even more radical group than Hamas gaining strength in Gaza. Left to our imagination, though, is how that development means yet another nail in the coffin of the "peace process."

Anyhow, I suggest you read this story now, before Reuter’s London editors realize their mistakes and get back on message.

GAZA (Reuters) – Hamas found the body on Friday of a pro-Palestinian Italian activist who was killed by al Qaeda sympathizers in the Gaza Strip, raising questions about the Islamist group's control over the beleaguered enclave.

...A Jihadist Salafi group in Gaza aligned with al Qaeda had threatened on Thursday to execute Arrigoni unless their leader, detained by Hamas last month, was freed... It was an unprecedented challenge for Hamas, whose diehard hostility to Israel has deepened the isolation and poverty of Gaza, home to 1.5 million Palestinians.

..."Gaza is safe and I want to assure all visitors to Gaza that they are safe and secure," Ismail Haniyeh, the Hamas prime minister, told a French journalist... But the Salafi group has already threatened more violence.

...[Some] fear that radicals who want Gaza to be an Islamic theocracy are bold enough to challenge Hamas over what they consider its lack of religious fervour.

... "The forces moved quickly and wisely to the place but found that the abducted man was killed hours earlier in an ugly manner," Ghssain said. [Ed: “ugly manner” = they cut his head off in the usual way.]

I presume the Al Qaeda-slash-Hamas-slash-Fatah-slash-Islamic Jihad terrorists were only angry because of the Italian occupation of Palestine.

You say that it's not an Italian occupation of Palestine?

Well it's 11 hours later and the yahoo article still looks the same!