Rep. Allen West on the Continuing Resolution Budget Scam: We're kicking the can down the road on the way to economic catastrophe

GOP superstar Rep. Allen West (FL-22) entered the following statement into the Congressional Record earlier today to express his extreme displeasure with the Continuing Resolution. He voted against it, joining

...When my daughter was born in 1993 the Federal Government debt was $4.3 trillion. Just 18 years later, I will shortly be faced with a vote on whether to raise the debt limit to over $15 trillion dollars. When I held my daughter as a baby, I never thought that our nation would be in such financial distress and on its way to a major economic catastrophe. 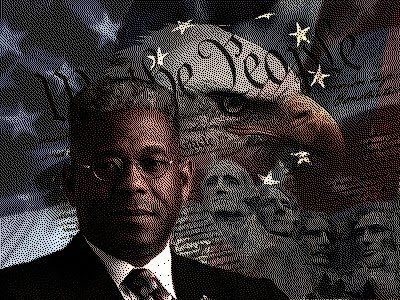 Over the weekend... I thought even harder about what the United States will be like when she will be my age and what would her son or daughter, my grandchildren, think when they look back in the history books at this critical time in our Republic’s history.

Last November, the citizens of the 22nd Congressional District, and millions of Americans, voted for a new direction for our country. They sent a message to our elected representatives that we needed to end out-of-control government spending, reduce our national debt, and get our fiscal house in order.

The Democrat Majority and President Obama over the last two years have produced deficits of $1.4 and $1.25 trillion, and the President has produced a Budget for Fiscal Year 2012 which would add another $1.6 trillion. The American people know that the federal government is collecting $2.2 trillion and spending $3.7 trillion this year.

As we are all aware, the 111th Congress was controlled by overwhelming Democrat majorities in the House of Representatives and the United States Senate. Yet even with these enormous majorities, Congress failed to pass a budget or any of the Appropriations bills.

Members of the former Majority Party in the House of Representatives have now resorted to the political rhetoric that the Republican Party is trying to kill women, starve seniors, and the budget deal is the functional equivalent of bombing innocent civilians. They make these statements even after Majority Leader Reid and President Obama recognize that we need to cut federal spending, 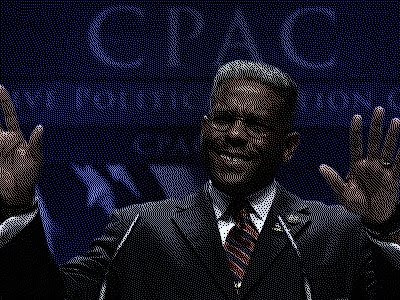 This type of political rhetoric is beneath us. We can disagree on the direction we are taking our nation, but let us have a debate on the facts and policies. The American people demand an adult conversation instead of childish name calling.

Mr. Speaker, I want to take a moment to briefly summarize my thoughts and votes during the negotiations for the Budget for Fiscal Year 2011. I voted for the first short term Continuing Resolution in the 112th Congress in order to provide Speaker Boehner the necessary time to negotiate with an intransigent United States Senate and White House.

I voted against the second Continuing Resolution because I believed that we were continuing to kick a can down the road, and that the Obama Administration and Members of the Democrat Party wanted to force the Federal Government into a shutdown in order to win political points. It seems their goal is the hope that by shutting down the Federal Government, the American people will perceive an inflexible Republican Party and return the Democrats to power in the next election.

...At the Army Airborne school in 1984 I had a black hat instructor say, “If you set the bar low, you will jump low!” Today, I will be voting against the negotiated agreement because I believe that we set the bar too low and it does not fulfill the promise I made to the constituents of the 22nd Congressional District of Florida. While this bill is a step in the right direction, I am voting against the Department of Defense and Full-Year Continuing Appropriations Act for Fiscal Year 2011, H.R. 1473 because it is important for elected leaders to stand by the pledges we make to the American People.

It takes five miles to turn an aircraft carrier, I am pleased, that finally, the Republican Leadership has finally taken control of the helm and begun to turn the wheel. However, I believe we need to turn the wheel a little harder. At this moment in our nation’s history, when the facts are so clear and the political hyperbole is so hollow, my vote reflects that we need more to get our ship of state on the right course.

John Boehner may be a very patriotic citizen, but as a House Speaker he appears slow-witted and fearful of confrontations. When our country is headed right for the fiscal abyss, confrontations are precisely what we need. And the American people will support these fights. Hell, Mr. Speaker, why do you think we're calling you Mr. Speaker? And this ain't 1995, Karl Rove.

I salute Allen West, Michele Bachmann, Steve King, and the other House Republicans who opposed this historic scam. The time to fight is now. Door-to-door. Every block, every manhole cover. We must fight!

And, unlike the radical Marxist Left, we really are doing it for the children.

I hate to say it but we're running out of road to kick the can down on.