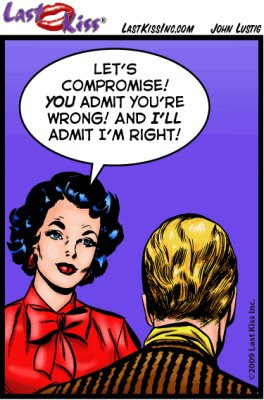 Ryan Says Democrats Flee 'Adult Conversation' on Budget: Mattera
Too many bureaucrats who are paid too much: Mish
Gov’t Union Chief Says Working for Gov’t is Like ‘Slavery’: RWN

Thank You Wisconsin Voters!: Bruce
Boehner Wins: Historic Spending Cuts, No Shutdown: Events
Would You Buy a New Car From This Man?: Taranto

War Is No Excuse For Forgetting One's Manners by Senator Lindsey Graham (R-SC): IowaHawk
Ezra Klein: A dead child is a cheap child: LibertyP
The Detroit Free Press has a fever, and the only prescription is more mass transit!: BlogProf

The Descent of Evil Over America: NoisyRoom
Sen. Grassley: "A government . . . which acts above the law, undermines the rule of law." : Sipsey
'Islamophobia' hearings shaped by radical Palestinian: WND

Here's an Unlike.ly Tale: Gadhafi Does Swimming.ly on the Internet: WSJ
Flash use dips at top Web sites since November: CNet
"Yes, Social Media Does Pay Off," A New Report Says: Insider

QOTD: "Clearly, [Mitt] Romney’s got to do something to shore up his support among segregationists, or this could spell serious trouble for him in the crucial Mississippi presidential primary." --Robert Stacy McCain

As always, a terrific roundup. Thank you for including my post today, Doug, it's a huge honor for me.

I used to love Ms. Bachmann, now I see her stuck on fashion - referencing the link to her.

This last round was a huge victory for Conservatives - Boehner did very well.

The Constitution is clear. I remember the Gipper making compromises to win the Cold War when Democrats controlled the House and Senate. We have control over the House, the Democrats control the Senate and Executive.

The fashionable nonsense is so weary. Some are foolishly screaming for Boehner to step down. They are lost - not practicing sound conservatism, but stuck on an emotive denial.

Democrats took another huge hit last evening. Slowly we turn the fiasco back to reality.

PS: Case in point, this 'Judson Philips' character is the kind of nonsensical emotive folly, which is entirely NOT conservative.

Doesn't even know the deal, and cries "selling us out". What nonsense. Same foolish sophistry which undermined this Nation's best interests after 2004 and pushed for the disaster of Delaware. There are some who simply are counter productive. Not ready for reality.

"There were only a few wayward critics in the wee hours of Saturday morning — Rep. Michele Bachmann (R-Minn.) criticized the deal, as well as Rep. Jim Jordan (R-Ohio), who chairs the conservative Republican Study Committee. One tea party leader, Judson Phillips, the founder of Tea Party Nation, tweeted Friday that Boehner is “selling us out” and he threatened to put up a primary candidate against Boehner."