The cloistered Beltway pundits -- even those I admire like Charles Krauthammer -- believe that a tragic rig explosion in the Gulf spells the end of the 'Drill, Baby, Drill' mantra espoused by the neo-rationalists. 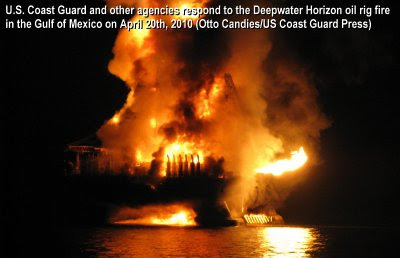 Our entire society -- civilization itself! -- revolves around harnessing oil, gas, coal, water, radioactive elements and other resources -- and then transforming them into power and heat. Oil and natural gas, in particular, are the lifeblood of society.

What's the alternative? Should we shut down all trucking and food transport? Stop using natural gas to heat homes? Tell you what: let's let the liberals yapping about the spill actually walk the walk and stop driving, stop eating trucked-in foods and burning natural gas. Until then, they can go stuff themselves.

Here is an interesting map and one that depicts why companies like BP are required to dive thousands of feet underwater so that they can tap rich veins of fuel. 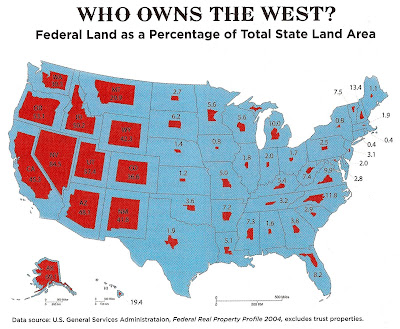 These federal lands are used as military bases or testing grounds, nature parks and reserves and Indian reservations, or are leased to the private sector for commercial exploitation (e.g. forestry, mining, agriculture). They are managed by different administrations, such as the Bureau of Land Management, the US Forest Service, the US Fish and Wildlife Service, the National Park Service, the Bureau of Indian Affairs, the US Department of Defense, the US Army Corps of Engineers, the US Bureau of Reclamation or the Tennessee Valley Authority.

Ken Salazar, Secretary of the Interior, doesn't believe that energy is needed to run our society. As head of the Department of the Interior (which is responsible for the BP rig mess, by the way), Salazar has banned drilling and exploration not just off-shore but on-shore as well. 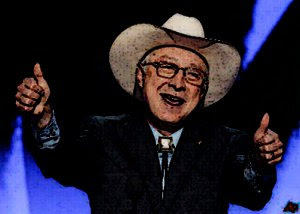 Specifically, Salazar placed huge swaths of land in the west and in Alaska off limits to oil and natural gas exploration. This, of course, increases the risk of a "once in a lifetime" deep-water incident like the tragic BP explosion.

Say, I've got an idea: how about we throw these bums out of office and sell roughly 75% of all federal land to private enterprise? At the same time, we could disband the Department of Labor, Interior, Education, Commerce and every other cadre of regulation-happy brigands who are operating outside the Constitution.

That's a worst disaster in the gulf of Mexico that affects the economy and the company got a big loses.