McCain acts tough on the border now that people are dying in Arizona and public outrage is building. He wants you to forget his past: like the fact that Juan Hernandez joined the McCain for President campaign late in 2007. Who is Juan Hernandez? 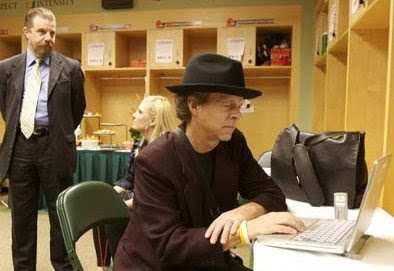 He is a former head of Mexico's Ministry for Mexicans Living in the United States. According to Michelle Malkin, who debated Hernandez on multiple occasions, Hernandez' mission is to tie repatriated Mexicans "emotionally, linguistically, politically to Mexico, because then they‘ll continue to send money home.” 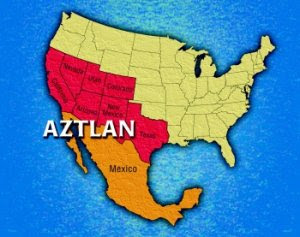 In fact, Hernandez publicly stated that the area is "not two countries; it's just a region.”

MEChA's mission is straightforward: overthrow the United States Government and establish a new form of government.

Juan Hernandez is a standard-issue, open-borders revolutionary who is intent on overthrowing the U.S. Government. Furthermore, by dint of his Aztlan connections, he is linked with virulent antisemitic forces.

He, for a time, was intimately involved with McCain's operatives during McCain's doomed presidential campaign. These are the same operatives working for the same candidate who wouldn't even mention Barack Obama's Marxist, anti-American preacher of 20 years during the campaign. Who wouldn't raise Obama's dozens of other radical connections, any one of which would have disqualified him from the office of the presidency in the eyes of most Americans.

To put it bluntly: McCain played patty-cake with Obama while acting like Donald Segretti against fellow Republicans. Let's not forget the bizarre positions of RINOs like McCain and fellow nutcase Lindsey 'Goober' Graham.

If you've had enough of mush-mouthed Republicans who can't read or, worse, simply don't understand the Constitution, I urge you to support J. D. Hayworth for the United States Senate.

According to the Border Patrol the public is being mislead as to WHO is coming into the US from Mexico . As reported by WSBTV in Atlanta, Georgia.

PLEASE send to people before the video expires.


PS: As of very recently, my antivirus software tags directorblue. Please make sure your site is virus-free.