It's those layers and layers of fact-checking and editorial review

The magnificent website BorderInvasionPics -- which uses hidden cameras to document the unceasing flow of illegal aliens into this country -- was recently ripped off by legacy media.

CBS affiliate KPHO Channel 5 in Phoenix removed our copyright labels and added their own logo to our videos. 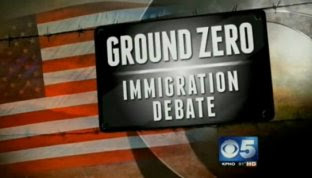 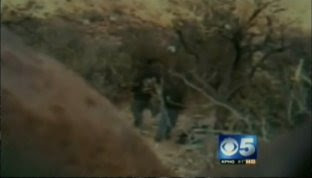 They didn't even have permission to use them in the first place.

On top of that, the report was sympathetic to illegal aliens.

American Patrol first reported it, and then the Media Research Center created a very professional You Tube production detailing the entire incident...

You can voice your disapproval to Ed Munson, the VP and General Manager of KPHO. His email is ed.munson@kpho.com.

Postscript: In our opinion, Mr. Munson should also review the performance of his production staff. KPHO also waylaid Santa Cruz County Attorney George Silva. Their report showed [a] video of a drug run, and then immediately showed Silva saying the intruders were just coming here to work.

Knowing the way legacy media operates, I fully expect KPHO to win a Pulitzer or two for their courageous, Johnny-on-the-spot reporting.

The link to MRC wasn't so helpful, so here's a direct link to the youtube video:
http://www.youtube.com/watch?v=faTCyjyMIt8

In an odd choice, ABC News President David Westin decided to Christiane Amanpour, CNN correspondent in New York, international affairs, hosting ABC in Washington, DC, this week - which happens in many ABC journalists qualified for the replacement of a device with Bill Clintons wife, a device for both Bill and Hillary Clinton.
portable media player