Politifi spots an intriguing report in The New York Post that points to blatant falsity in the 'official' employment numbers. Census employees are hired, fired, then hired again to exploit a loophole in the Bureau of Labor Statistics' methodology: it counts every job offer of one hour or more over the course of a single month. And double- and triple-counting is perfectly legit in the BLS formulations. 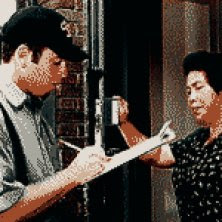 ...[Former Census worker] Naomi Cohn... told The Post that she was hired and fired a number of times by Census. Each time she was hired back, it seems, Census was able to report the creation of a new job to the Labor Department.

...Each month Census gives Labor a figure on the number of workers it has hired. That figure goes into the closely followed monthly employment report Labor provides. For the past two months the hiring by Census has made up a good portion of the new jobs.

Labor doesn't check the Census hiring figure or whether the jobs are actually new or recycled. It considers a new job to have been created if someone is hired to work at least one hour a month.

...Here's a note from a Census worker -- this one from Manhattan:

John: I am on my fourth rehire with the 2010 Census... I have been hired, trained for a week, given a few hours of work, then laid off. So my unemployed self now counts for four new jobs.

A few months ago I was trained for three days and offered five hours of work counting the homeless. Now, I am knocking (on) doors trying to find the people that have not returned their Census forms. I worked the 2000 Census. It was a far more organized venture.

John: I worked for (Census) and I was paid $18.75 (an hour) just like Ms. Naomi Cohn from your article... I worked for about six weeks or so and I picked the hours I wanted to work. I was checking the work of others. While I was classifying addresses, another junior supervisor was checking my work. 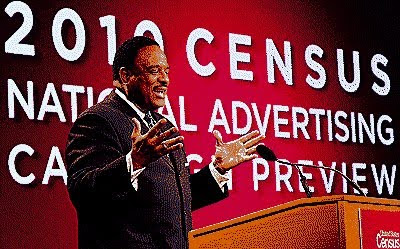 In short, we had a "checkers checking checkers" quality control. I was eventually let go and was told all the work was finished when, in fact, other people were being trained for the same assignment(s)... I was re-hired about eight months later and was informed that I would have to go through one week of additional training.

On the third day of training, I got sick and visited my doctor. I called my supervisor and asked how I can make up the class. She informed me that I was 'terminated.' She elaborated that she had to terminate three other people for being five minutes late to class.

I did get two days' pay and I am sure the 'late people' got paid also. I think you would concur that this is an expensive way to attempt to control sickness plus lateness. I am totally convinced that the Census work could be very easily done by the US Postal Service.

When I was trying to look for an address or had a question about a building, I would ask the postman on the beat. They knew the history of the route and can expand in detail who moved in or out etc. I have found it interesting that if someone works one hour, they are included in the labor statistics as a new job being full...

Put simply, the U.S. Postal Service could easily have performed all of the functions of the Census.

But that would be cost-effective, efficient and accurate, factors that are antithetical to the aims of the Obama administration and Democrats in general.

No, the USPS couldn't report on race in quite a few instances, and that is what they are really after.

Wow, I finally found a conservative who agrees that the post office is "cost-effective, efficient and accurate". So the government can do things right after all.

Hi, nice post. I have been thinking about this topic,so thanks for sharing. I will likely be coming back to your blog. Keep up the good work