Today, California announced that it's bankrupt. Governor Schwarzenegger stated that he'd been forced to take an "axe" to an out-of-control stage budget. As an aside, aren't Democrat-controlled Utopias cool? 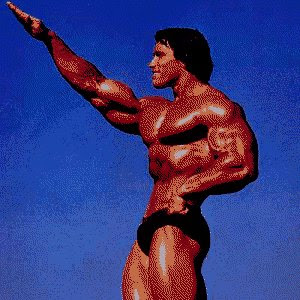 Several things have changed since the last budget:

• The legislators didn't come up with enough savings.

• Expected $6.9 billion from the federal government... received around half.

• Federal judges have blocked changes to health and human services, prevented us from using the "scalpel" and now have to use the "axe"

To be fair to Democrats, who could possibly have anticipated that encouraging unchecked illegal immigration -- with amazingly rich welfare benefits -- might cause a fiscal, eh, imbalance?

...Schwarzenegger on Friday called for eliminating California's welfare-to-work program, one of the deep cuts he proposed to close a $19 billion budget deficit in the coming fiscal year... Slashing the welfare program would affect 1.4 million people, two-thirds of them children. 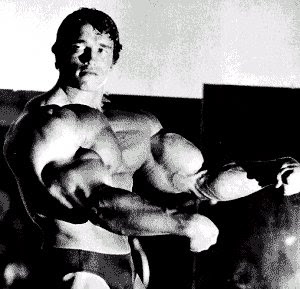 ...the state's 12.6 percent unemployment rate ranks among the highest in the nation and tax revenue remains low. In April, personal income tax was $3 billion less than projected... The state's general fund spending will be $83.4 billion for the new fiscal year, the lowest level in six years. The deficit accounts for more than 20 percent of all projected spending...

...Gina Jackson, a single mother who lives in Fremont in the San Francisco Bay area, said she would not be able finish her college degree in political and social science without the state's assistance. She currently receives about $1,000 a month to cover after-school care for two of her four children... "I certainly can't take my kids to school with me every single day," said Jackson, 45, who was laid off from her job as an administrative assistant two years ago.

...On Friday, the governor made good on his threat from earlier this year to eliminate the state's welfare-to-work program unless the federal government gave California an additional $6.9 million [sic -- they meant billion], which Schwarzenegger maintains is its fair share. So far, the state has received nearly $3 billion... ...Democrats want to close tax credits and loopholes, noting that the state allows $50 billion worth of tax deductions.

"We will not pass a budget that eliminates CalWORKS. We will not be party to devastating families," said Senate President Pro Tem Darrell Steinberg, D-Sacramento. "What kind of civilized society maintains business tax breaks and eliminates child care? That's not the California I take pride in living in."

Never mind that the public sector unions continue to brutalize the taxpayer. In the formulations of Democrats, government needs to grow and grow and grow, no matter what shape the private sector is in. Call it Miracle-Grow for Government: 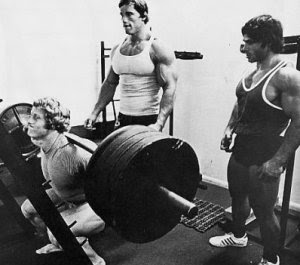 To help close the budget gap, the governor is asking lawmakers to change the way the state calculates education funding to save the state more than $2 billion, which would hold year-over-year spending roughly flat for public schools. Overall funding for K-12 schools and community colleges has already dropped by 12 percent over the past three years.

The governor also wants to eliminate state subsidies for child care, which would affect 142,000 children...

Schwarzenegger [also] proposed cutting $15 million from the program and shifting more of the costs to recipients, including raising the co-payment for emergency room visits from $15 to $50...

The governor also proposed to move non-violent felons to county jails. I don't see how anything could go wrong with that, can you?

...Schwarzenegger will revive a plan to house 15,000 nonviolent felons in county jails instead of state prisons, a cost-cutting move that likely would result in some inmates leaving jail early.

...Local law enforcement agencies vigorously opposed a similar idea that Schwarzenegger floated in January, in part because the state would not have reimbursed counties for housing inmates. That proposal would have saved the state $291.6 million...

Now: imagine this sort of fiscal catastrophe at the national level.

Because that's what's happening at this very moment with the Obama-Democrats. 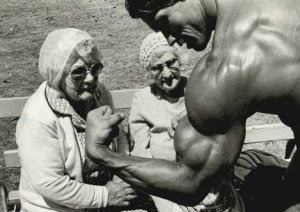 ...the administration's release of its 10-year budget - the most irresponsible federal document ever released - ...plans for unsustainable debt and does not even propose a path out.

The Congressional Budget Office reported in the summary of its document, "The Long-Term Budget Outlook": "The federal budget is on an unsustainable path - meaning that federal debt will continue to grow much faster than the economy over the long run. ... Rising costs for health care and the aging of the U.S. population will cause federal spending to increase rapidly. ...

...In the face of financial ruin of the nation, it was unconscionable to pass a new health entitlement that almost all Americans know will add trillions to the debt.

It's November or never. Rally your neighbors, your families and friends. Vote for the most fiscally conservative Republicans you can.

Because the clock on the Democrats' deficit time-bomb for America is ticking. Be a real-life Jack Bauer and help defuse it.