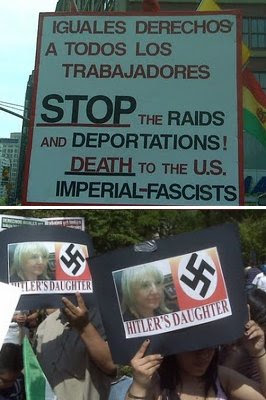 DemCare Nightmare: the CLASS Act: AT
The Luxury of Conservation: Doc Zero
Your public sector union employees at work: Mish

Useful data on the oil spill: Caruba
Spill Won’t Affect the Drill: We Need the Oil (and Jobs): RWN
Has Al Gore given up on global warming?: PJM

Palin in Clarkston: BlogProf
More on the Presidential Failure in the Gulf: Hewitt
Coulter: I can’t believe how much the media’s willing to lie about Arizona’s law: Hot Air

Welcome to Montebello High School!: Caruba
The Re-emergence of German Dominance in Europe: AT
Greek protesters firebomb police -- and austerity measures haven't even been implemented yet: Insider

Shoppers who can't have secrets: CNet
The Apple Empire Strikes Back: Edgelings
Microsoft's Killing of Courier: a Bad Move: eWeek

Image: BermanPost
Today's Larwyn's Linx sponsored by: The Powers That Be

QOTD: 'At what point can we start referring to the head of the Department of Homeland Security as an “Obama-caused disaster”?' -- Doug Powers

at 9:21 AM
Email ThisBlogThis!Share to TwitterShare to FacebookShare to Pinterest
Labels: Linkfest

From Obama's speech yesterday:
"When our government is spoken of as some menacing, threatening foreign entity, it ignores the fact that in our democracy, government is us."

No body elected the 500 plus staffers that make up your shadow government. Nether were the EPA, IRS, FBI, D of J etc. They are out of reach of the voters just as an occupying force would be (until a regime change).