Deceit: Newly declassified transcripts show top defense officials who briefed Obama on the day of the Benghazi attack described it as a terrorist attack and told the president so, yet he pushed a false narrative about a video. 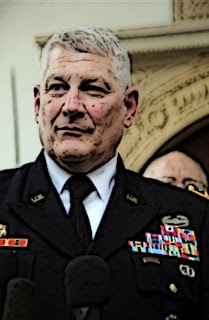 Just as the new book by former Defense Secretary Bob Gates confirmed what many believed, that President Obama was a politically motivated commander-in-chief who had no faith in an Afghan surge he put 30,000 Americans in harm's way to execute, transcripts of congressional testimony by military leaders confirm that President Obama knew Benghazi was a terrorist attack before he went to bed to rest for a Las Vegas fundraising trip.

Fox News reporter James Rosen examined 450 pages of declassified testimony given by senior Pentagon officials in closed-door hearings held last year by Congress. In those hearings, Gen. Carter Ham, who at the time headed Africom, the Defense Department combat command with jurisdiction over Libya, testified that he learned about the assault on the consulate compound within 15 minutes of its start, at 9:42 p.m. Libya time, from the Africom Command Center.

Ham said he immediately contacted Joint Chiefs of Staff Chairman Martin Dempsey to say he was coming down the hall at the Pentagon to meet with him.

"I told him what I knew. We immediately walked upstairs to meet with Secretary Panetta," Ham testified, adding "they had the basic information as they headed across for the meeting at the White House."

Ham responded that "there was some preliminary discussion about, you know, maybe there was a demonstration. But I think at the command, I personally and I think the command very quickly got to the point that this was not a demonstration, this was a terrorist attack" and that was the "nature of the conversation" Ham had with Panetta and Dempsey moments before their 30-minute meeting with President Obama.

This confirms Panetta's testimony to the Senate Armed Services Committee in February of last year that it was he who told the president "there was an apparent attack going on in Benghazi."

"Secretary Panetta, do you believe that unequivocally at that time we knew that this was a terrorist attack?" asked Sen. Jim Inhofe, R-Okla.

"There was no question in my mind that this was a terrorist attack," Panetta replied.

Despite a briefing by Dempsey and Panetta that it was a terrorist attack, President Obama and Secretary of State Hillary Clinton would trumpet the false narrative that four Americans were murdered due to an inflammatory video — something Obama would repeat six times before the U.N. General Assembly and U.N. Ambassador Susan Rice would say on five Sunday talk shows five days after the terrorist attack.

It is a disgrace that the only person ever jailed for the Benghazi attack was the maker of that irrelevant video. The terrorists got away with it.

President Obama and Secretary Clinton were complicit in a lie designed to protect the president's re-election chances a few months later and Hillary Clinton's presidential ambitions in 2016.

What difference does it make? Well, the difference between the truth and a lie can mean saving or losing lives, or losing or winning an election, especially if the lie comes from the White House.

Of course he did.

We all knew that, just like we know who this fraud, boy-president really is.

These facts will receive one tenth the coverage as Christiegate speculation

hearings going on for over 14 months .. nothing to come out.. rino boehner protecting lyin obama by not calling for a select committee to investigate
Only a conservative 3rd party in 2014 will change rino washington