In case anyone needed more proof that amnesty only encourages more illegal immigration, the Department of Homeland Security (DHS) has released its 2013 apprehension numbers that show that southern border apprehensions rose 16 percent last year. While this might seem like the DHS is doing a great job, it actually indicates that more unlawful immigrants are trying to cross the border. 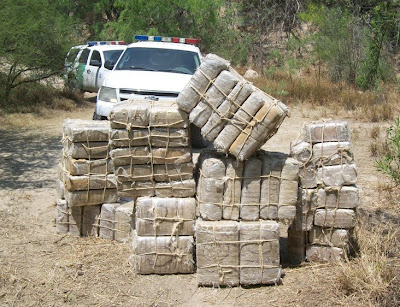 Critically, it means that more unlawful immigrants are crossing successfully, since for every one who is caught another gets through or turns back to Mexico in order to try to cross somewhere else. Of course, some sneak through without the U.S. ever knowing, making it difficult to accurately estimate how many thousands make it across every year.

As more try to cross the border illegally, more will succeed. Regrettably, Congress’s discussion of amnesty has played a role in this increase. Stories from the Mexican side of the border indicate that the word is out among would-be-unlawful immigrants—the U.S. is considering amnesty, so cross now and maybe you can get some kind of legalization. Congress’s very discussion of amnesty, whether it is a special pathway to citizenship or just a pathway to legalization, is encouraging illegal immigration and making it more difficult for the Border Patrol to secure the border.

To try to make it seem like their irresponsible discussion of amnesty isn’t so bad, some in Congress are proposing various security and enforcement bills to crack down on illegal immigration in exchange for amnesty. Most of these policies, however, are incredibly flawed and do little more than create misguided metrics and extra reports for DHS, while providing no real security.

More importantly, why should we assume that these bills would be treated differently than current laws? The DHS is supposed to have already secured the border and be enforcing our immigration laws, but it isn’t doing either.

While recent Presidents have not done enough to enforce U.S. law or secure the border, President Obama has taken disregard for U.S. laws and security to unprecedented levels. He has unilaterally decided that certain immigration laws shouldn’t be enforced. Under President Obama, the DHS has effectively helped smugglers bring unlawful immigrants across the border with no consequences for the unlawful immigrant.

When the President of the United States, who is sworn to enforce the nation’s law and defend its borders, treats these responsibilities with contempt, what good will new, stricter laws do? President Obama or a future President can just continue the pattern of disregarding any immigration laws. As a result, Congress can pass the best border security and enforcement laws ever, but without real and proven enforcement, these laws are just words on paper.

Rather than fall for the trap that new security and enforcement laws make amnesty workable, lawmakers would be wise to take a look at what happened in 1986, the last time the U.S. gave out amnesty. Congress promised tough, new immigration laws that would stop illegal immigration; when all was said and done, all the U.S. got was amnesty.

Congress shouldn’t make the same mistake twice, but rather insist that current laws be faithfully enforced by the President. Anything less is just a dangerous case of wishful thinking.

Related: CHAOS AND CORRUPTION ON THE SOUTHERN BORDER: A Texas Rancher Speaks