California's Diabolical Plans to Shred the Bill of Rights

In 1976, the Brady Campaign, then known as the National Council to Control Handguns, said that the first part of its three-part plan to get handguns and handgun ammunition made "totally illegal" was to "slow down the increasing number of handguns being produced and sold in this country." This month, anti-gunners finally got that wish in California. 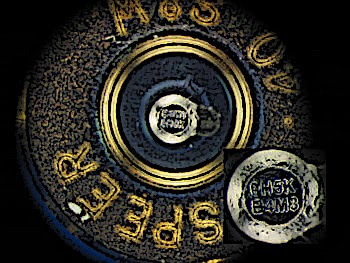 America's two largest handgun manufacturers--Smith & Wesson and Sturm, Ruger--have announced that they will stop selling new semi-automatic handguns in California, rather than comply with the state's "microstamping" law. The law applies not only to entirely new models of handguns, but also to any current-production handgun approved by the state's Roster Board, if such handgun is modified with any new feature or characteristic, however minor or superficial.

According to the Los Angeles Times, the law was "intended to help police investigators link shell casings found at crime scenes to a specific gun." That's pure spin, however. In reality, the law, signed in 2007 by then-Gov. Arnold Schwarzenegger, is intended to terminate semi-automatic handgun sales and, over time, semi-automatic handgun ownership in the state. "Microstamping" will solve few, if any crimes and it is only a matter of time before a proposal to expand the law to include other firearms will follow.

Meanwhile, the National Shooting Sports Foundation has announced that it and the Sporting Arms and Ammunition Manufacturers' Institute have filed suit against the law in Fresno Superior Court "seeking both declaratory and injunctive relief against this back-door attempt to prevent the sale of new semiautomatic handguns to law-abiding citizens in California."

Anti-gun activists often refer to California as the test bed for gun control laws they would like to have imposed throughout the country. Thus, it goes without saying that gun owners outside California should anticipate "microstamping" efforts in their states, and do what it takes to elect pro-Second Amendment governors and state legislators to deny the anti-gunners additional victories.

However, making sure that what has happened in California doesn't happen elsewhere is not the only reason to step up our election year efforts. California accounts for 12 percent of the nation's population and approximately eight percent of its handgun owners. We owe it to our fellow countrymen--our Second Amendment brothers and sisters--to elect a pro-Second Amendment president and senators who will approve that president's nominations to the federal courts, where California's "microstamping" law might one day be challenged. What is true in football is also true in the effort to keep America's most popular type of handguns legal and affordable: the best defense is a good offense.
Hat tip: BadBlue Gun News

Because no one with criminal intent would ever alter or replace the firing pin in a gun they intended to use illegally!

Brass isn't ejected from revolvers so it really is about semi-auto's. Can't wait to pick up brass at the range and drop a few shell casings on several LoFo street corners.