I bet he won't mention any of these:

• Benghazi – we don’t know: why the ambassador was there, who ordered military to stand down, what Obama did for 8 hours, who gave Susan Rice the video talking points, or why Hillary Clinton and Obama tried to perpetuate the lies 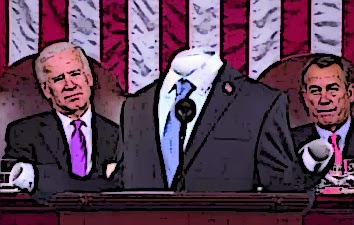 • IRS – used to target perceived enemies of the Obama agenda

• AP – no one held accountable for spying on the media

• Solyndra – money pays back Obama bundlers, bankruptcy held until after the 2010 election

• Obama decides what laws will be enforced – Defense of Marriage Act, legalizing illegals

• NLRB board appointment ruled unconstitutional but they are still working

For that matter - where are the prosecutions for Bill Clinton's Mortgage Meltdown?