National Security: While the administration guts the U.S. military, Pentagon experts warn that as soon as five years from now our missile defenses might pose little problem for China's new hypersonic strike vehicle.

Behaving as the world power they are becoming, the Chinese are building state-of-the-art hypersonic missiles that Pentagon officials warn could overpower U.S. defenses in five years. 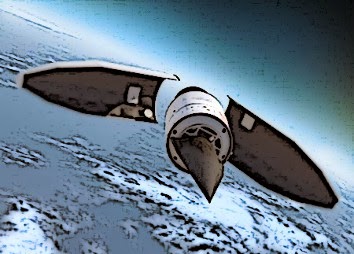 As we recently mentioned, China's defense ministry has confirmed the Jan. 9 test of a hypersonic glide vehicle, known as the WU-14. It was designed to evade our missile and other defense systems, such as the Aegis sea-based missile defense guarding our Pacific fleet and carrier battle groups.

On Tuesday, shortly before our commander in chief addressed his higher priorities, such as income inequality, in the State of the Union address, Frank Kendall, undersecretary of defense for acquisition, technology, and logistics, expressed concern during a House Armed Services Committee hearing. He is troubled that Chinese military advances such as the WU-14 would overtake the defense capabilities of the U.S. as soon as five years from now.

"The Chinese, as other nations are, are pursuing hypersonic technologies," Adm. Samuel Locklear, commander of the U.S. Pacific Command, said last week at the Pentagon.

The admiral also noted that the WU-14 test showed that China had the ability to move more quickly than the U.S. in developing some advanced weaponry.

Speaking at the annual Surface Navy Association conference in Virginia, Locklear said he believes that "our historic dominance that most of us in this room have enjoyed is diminishing, no question." China's military buildup means that U.S. military dominance, particularly in the Pacific, could no longer be taken for granted.

U.S. missile defenses are designed to deal with ballistic missile warheads that follow a suborbital trajectory. A hypersonic vehicle is different. Its trajectory does not enter space and can maneuver in the atmosphere. That makes it more difficult to detect, track and intercept with a missile defense system.

The testing and development of the WU-14 follows on the heels of China's deployment of a "carrier-killer," the DF-21D, a road-mobile anti-ship ballistic missile. This land-based weapon is designed to target and track aircraft carrier groups with the help of satellites, unmanned aerial vehicles and over-the-horizon radar. Launched into space, the DF-21D re-enters the atmosphere and maneuvers at 10 times the speed of sound toward its target.

"The beauty of the HGV (hypersonic-glide vehicle) is that it can perform hypersonic precision strikes while maintaining a relatively low altitude and flat trajectory, making it far less vulnerable to missile defenses," says Rick Fisher, a China military affairs expert with the International Assessment and Strategy Center.

Fisher says that "China's test of a hypersonic glide vehicle proves that American reticence about China's high-tech military developments diminishes American security by detracting from a needed political debate about real American defense requirements." He believes "we are in effect disarming ourselves."

President Obama's defense policies fulfill a campaign pledge he made to the far-left Caucus for Priorities a month before the January 2008 Iowa caucuses. In a video made for the group, Obama called for a further decline in our military strength:

"I will cut investments in unproven missile defense systems. I will not weaponize space. I will slow our development of future combat systems," he said.

These days are eerily reminiscent of the 1920s and 1930s, when Imperial Japan built carrier fleets while we signed naval disarmament treaties. This time we will have no time to rebuild and recover.

Once again we must acknowledge our great debt to the Clinton administration for helping the Red Chinese acquire the necessary tools and knowledge that has helped them leapfrog to near superpower status. We chose not to pay attention or prosecute anyone of note, so now the cake is iced being by the Marxist in the White House. Just desserts will be served shortly.