Let me be clear about this. Let me help some of these Republicans here and of course tomorrow's hosts, they may want to cherry-pick some of this. This president has created more poverty, more economic inequality, more economic dislocation, more crushing debt than any president in modern American history including Jimmy Carter and Herbert Hoover. 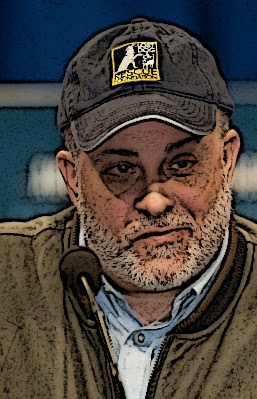 He's also an imperial president, which is also now being understood. He's changing our system of government; he's destroying our economic system. He's nationalizing businesses and industries through the front door and through the back door. Did you know they have over 6,000 regulations and rules that they're preparing to unleash on us?

Do you know that he's put out the word to his cabinet, to his agency heads and to everybody in the federal government that this is their time? Now come hell or high water by 2016 when he leaves office he wants thousands and thousands of regulations pouring out at the EPA, the [Agriculture] Department, the Education department, the Energy department, Interior and all the rest.

Those who complain about "inequality" never mention how much Oprah or Mick Jagger earn or how little their stage help is paid. Nor do they complain that Matt McGloin, the quarterback for the Los Angeles Raiders has a $108 million contract while one of his team's cheerleaders just sued the team over her pay of $5 per hour. It is hardly news that over 40 university presidents have pay packages that exceed $1 million, or that the heads of 11 charities in the US are paid over $1 million while their volunteers are asked to donate their time and money.

So who exactly has the income that is proof of "inequality"? Times up: Apart from just railing against "the wealthy" as a nebulous group that excludes all rich liberals, they only complain about business leaders who earn a lot of money. Now why would that be?

"Income inequality" joins Peak Oil and Global Warming as frauds of the left that are really aimed at advancing ideological agendas rather than advancing prosperity and liberty.

Liberals are only interested in the liberty and prosperity they can coerce from others.

The democrat party is a relic of a failed system of the last century.They've now embraced the marxism that the rest of the world learned to avoid or at least heavily moderate decades ago,with few lasting exceptions.The SOTU speech was a nostalgic romp for a 'leader' who never grew up,but wishes for a time that never existed,the time of utopian marxism he learned about from his deluded mentors.

Spooky! No more than two hours ago I was listening to this via podcast (from Monday night's broadcast). To see it in print is like having it "seared, seared in me."

It was a righteous rant. But then, when you've got such plentiful material, how could it be anything less?