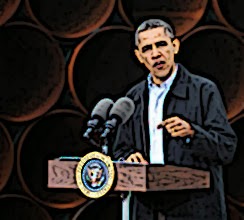 The report reiterated last year’s draft report conclusion that the pipeline is unlikely to significantly impact the rate of extraction of oil sands or the continued demand for heavy crude oil in the U.S.

Now that the State Department’s environmental review of TransCanada’s application for a federal permit to build the pipeline is complete, a 90-day review by various federal agencies will commence to determine whether the pipeline is in the national interest, since it crosses a national border. The final decision is expected to be made by Secretary of State John Kerry and President Obama.

Canadian pipeline company TransCanada first applied for permission to build the pipeline in late 2008, but it ran into a wall of opposition in Nebraska. Nebraska pipeline fighters have taken part in and helped organize protests from the governor’s mansion to Washington, D.C., even as most of the Republican statewide public officials have pushed for approval.

The Keystone XL pipeline would bisect Nebraska, with nearly 200 miles of pipe buried in a dozen counties. A grassroots group called Bold Nebraska has battled against a foreign company having the power to take land from landowners and possible contamination of the massive Ogallala Aquifer by oil spills.

Pipeline opponents successfully lobbied Obama to reject TransCanada’s initial application in late 2011 and forced the company to reroute the pipeline around the ecologically fragile Sandhills. That’s the route reviewed in the latest State Department reports.

The new report noted that most pipeline spills are small: of the 1,692 incidents between 2002 and 2012, 79 percent were small (up to 2,100 gallons) and just 4 percent were large spills where the oil would migrate away from the release site. It also said modeling indicates “aquifer characteristics would inhibit the spread of released oil, and impacts from a release on water quality would be limited.”

Pipeline opponents in Nebraska have questioned why TransCanada didn’t build the pipeline parallel to its existing Keystone One pipeline that crosses eastern Nebraska, away from the Sandhills and aquifer. The report noted this, but concluded it wasn’t a reasonable alternative because it wouldn’t meet Keystone’s contractual obligations to transport 100,000 barrels per day of crude oil from the Bakken oil play in North Dakota. Also, the corridor would be longer, increasing the risk of spills.

The proposed pipeline has put Obama in a difficult position where he must decide whether to live up to his promises to combat climate change or appease labor unions that generally support the pipeline and jobs it would bring. Obama said last year the pipeline should only be built if it doesn’t increase carbon emissions.

Russ Girling, TransCanada president and chief executive officer, told reporters Friday that while opponents will continue to make noise, “The science continues to show that this pipeline can and will be built safety.”

“This pipeline certainly is in the national interest of the United States,” he said.

Bold Nebraska Executive Director Jane Kleeb saw victories in the fact that the report acknowledged the revised route still crosses the Sandhills, which she called a “big shift” from earlier reports. Environmental groups vowed to keep the pressure on Obama to reject the project.

“Our side continues to gain ground because landowners and environmentalists are now working together,” Kleeb said Friday.

Regardless of the president’s final verdict, a Nebraska lawsuit could still throw another obstacle in the path of the proposed 1,179-mile pipeline. Landowners who oppose the pipeline sued the state, challenging the constitutionality of a law that changed the pipeline route approval process, giving the governor and state environmental regulators the authority to approve or deny the revised route through Nebraska, rather than the Public Service Commission.

If the route review process is deemed unconstitutional, TransCanada would have to go back to square one with siting. A district judge hasn’t yet made a ruling after a one-day trial in September.

The Obama Administration is under heavy pressure from Congressional Democrats...in both directions. Some, who face serious opposition from the right, feel the pipeline must be approved if they're to hold their seats. The others feel that anger from the environmentalist component of the "base" will cost them their seats if the pipeline is approved.

Given that collision of counterpoised electoral pressures, the Administration will probably try to soothe both sides while doing nothing, at least until the 2014 midterms have passed.