And all this time I thought Democrats believed in free will and 'choice':

WASHINGTON — The House Oversight and Government Reform Committee released today the deposition transcript of former Senior EPA official John Beale. Beale was sentenced to prison last month for defrauding the federal government of nearly $900,000 while posing as a secret agent for the CIA.

On page 21 of the deposition, Beale revealed the ultimate goal of the EPA and the Obama administration to “modify the DNA of the capitalist system.” The deposition reads: 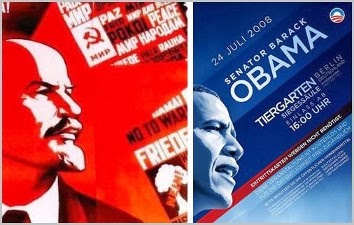 “There were several phases of this project as we had outlined it. There’s an enormous boy of literature on the subject. Sometimes it’s referred to sustainability literature, sometimes it’s referred to green economics. And so phase 1 of the project was for me to become very familiar and transversant with that literature. Phase 2 would have been out and interviewing academic experts, business experts, people in other countries that are doing things.

“This is the smoking gun. For years, we have been saying the real agenda behind this administration’s energy and environmental policies is just what President Obama has said it is: to fundamentally transform America.

“Beale was ordered by EPA administrator to head the agency’s climate change efforts. Today’s publicly released deposition means that McCarthy has many more questions to answer about her bad judgement regarding Beale and the true nature of the administration’s climate action plan.”

For those asleep at the switch over lo these many years: it's called the Cloward-Piven Strategy. Share with your family, friends and colleagues.

LA California, and I can see why you call ALL Republicans rinos.

Time isn't just "a-wastin'," my friend. Time is UP. If we don't move now, with the State's crosshairs demonstrably on our backs, we'll never move at all.

This is news? Republicans didn't want EPA to use command and control (behavior change forced by regulation), so they encouraged EPA to use economic incentives. Depending on the situation, EPA has used both strategies. The government encourages these behavior changes because unregulated capitalism will sometimes encourage individuals or small groups to profit by causing damage to a larger community. As an example, manufacturers have an economic incentive to discharge toxic wastewater to public drinking water supplies without removing the toxins. What do you want?

Your link to the Cloward Piven strategy just takes you back to your main webpage.