SUPER: Obamacare Official Admits They Have No Earthly Idea Who Has Actually Paid Their Premiums

Unexpectedly, of course. Not to worry: it's only January freaking 16th. 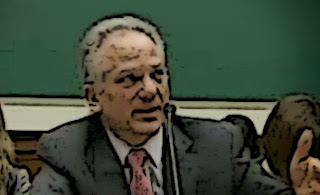 Q: Will that mean we have to go back to all of those who have enrolled and find out who has paid, so we're not collecting as it occurs?

A: We ultimately will reconcile to make sure... the tax credits, for example, are not paid to, with respect to, anyone who's not paid their premium. That's a requirement. You pay your premium to get the tax credit.

Q: What department would have this data?

Q: And who would be the individual in charge of receiving this?

Q: So we don't know how many people have actually paid for coverage?

Not only do they have no idea how many people have actually signed up for Obamacare, they don't know who's actually paid their premiums and -- as a bonus -- they're actively encouraging tax fraud as no reconciliation process exists.

These people are the worst of the worst. Dregs. Lowlifes. Miscreants. They need to be ejected from office in November -- with extreme prejudice.

If some nation had mounted a cyber attack and deliberately disabled the IT systems of our major health insurance companies to the same effect, a normal administration would consider that an act that would require a military response.

Well it is an act of war, against the People, the States and the Constitution. This is a crime above the level of "misdemeanors".

Pretty remarkable post. I simply came across your blog and desired to say that I have really enjoyed searching your blog posts.
Enrolment