First, the Obama administration showed during the course of the GM and Chrysler bankruptcy proceedings, that when it comes to Most Preferred Voter classes, some unsecured creditors - namely labor unions, and the millions of votes they bring - are more equal than other unsecured creditors - namely bondholders, and the zero votes they bring. Five years later we are about to get a stark reminder that under the superpriority rule of a community organizer for whom "fairness" trumps contract law any day, it is now Detroit's turn to make a mockery of the recovery waterfall. As it turns out, bankrupt Detroit is proposing to favor pension funds at roughly double the rate of bondholders to resolve an estimated $18 billion in long-term obligations, according to a draft of a debt-cutting plan reviewed by The Wall Street Journal. 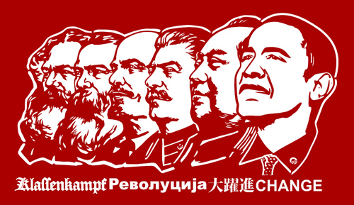 The breakdown to unsecured stakeholders would be as follows: 40% recovery for pension funds, 20% for unsecured bondholders - all this to the same pari class of unsecured creditors. Because just like in Europe when cashing out on CDS in insolvent nations is prohibited as it would suggest that the entire Eurozone experiment is one epic farce, regardless of how much "political capital" Goldman Sachs has invested in it, so in the US municipal creditors are realizing that in the worst case scenario, they will be layered first and foremost by all those whose votes are critical in keeping this crony administration in power.

According to the WSJ the plan calls for recovery to be divided among the unsecureds amounting to $4.2 billion, more than the originally planned $2 billion to settle claims which included about $11 billion in unsecured debt, including $6 billion in health and other benefits for retirees; $3.5 billion for retiree pensions; and about $530 million in general-obligation bonds.

There is a possibility that final "math" in the Plan of Reorg is changed before the final draft.

It was unclear from the plan reviewed by the Journal whether the city is using all of the same estimates for the money owed to unsecured creditors in its draft plan. A person familiar with the draft plan said the recovery rate for the pension funds could end lower than the balance sheet shows.

Details of the plan sent to creditors on Wednesday have been kept under wraps as the city and its debtholders continue to talk in closed-door mediation. The city sent its working draft to creditors in the hopes that the plan with a richer payout might spur some of them to settle with the city individually or, in the least, offer their own suggestions toward modifying the overall proposal, according to another person familiar with the matter.

The formal plan is expected to be filed in federal court in Detroit within two weeks, officials said. Creditors will vote on the plan, but the final decision rests with the court.

Still, the probability is that Kevyn Orr has finally gotten cold feet on playing hard ball with the unions. "The proposed plan provides the road map for all parties to resolve all outstanding issues and facilitate the city's efforts to achieve long-term financial health," Detroit Emergency Manager Kevyn Orr said in a statement Wednesday. Mr. Orr's spokesman declined Thursday to comment on the plan's details. Several creditors, who were opposed to the city's early plans to offer creditors, including bondholders and pension funds, less than 20 cents on the dollars owed to them, also declined to comment."

One can only imagine the amount of "Steve Rattnering" that must have gone on behind the scenes, and how much more is still set to happen, for such a skewed plan to pass the bankruptcy judge over creditor objections. Which it will once the president makes a phone call.

Then again, with contract law abrogated as was made very clear with this administration's first steps into the "Fairness Doctrine" back in 2009 and the bankruptcy of GM and Chrysler, nothing can, or should, surprise one any more.