The science is settled... 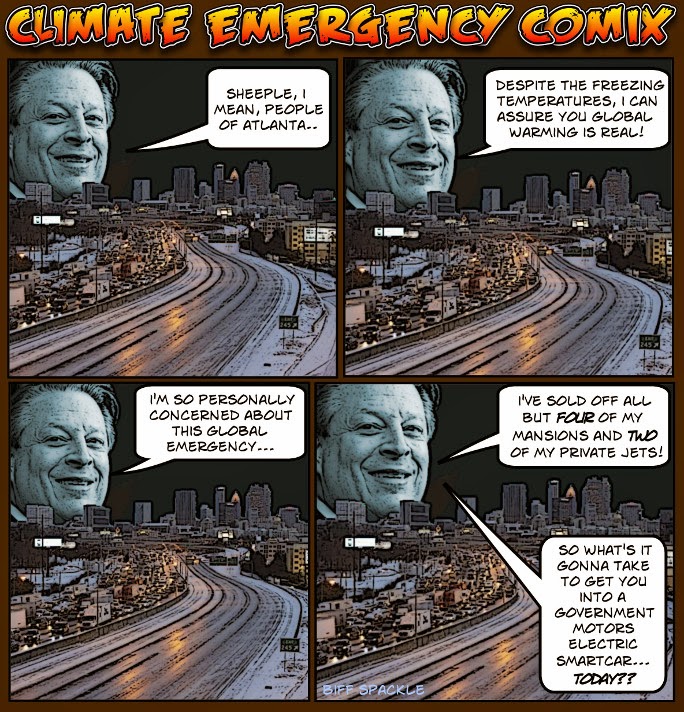 ...Al Gore is a climate grifter.

As Anthony Watts notes, "There’s never been any assertion that climate didn’t change — the idea that somehow this is something new to the 21st century is absurd. And, as science itself has demonstrated through history, it is never settled, it is always searching for new information, retesting, and sometimes discarding old ideas. Saying the science is settled is as ridiculous as the famous quote attributed to Lord Kelvin who said in 1900 ‘There is nothing new to be discovered in physics now.'"

Thus far, I've identified three segments of the population that cling to the notion of anthropogenic (man-made) global warming: nitwits, criminals and Marxists. But I repeat myself.