Texas Democrat and Gubernatorial Candidate Wendy Davis -- you may know her by the name she prefers, "Abortion Barbie" -- has watched her campaign melt down over the last few days thanks to a series of lies and gaffes. Her latest statement, a haphazard defense of her various biographical fables, is a doozy:

We’re not surprised by Greg Abbott’s [her Texas governorship opponent] campaign attacks on the personal story of my life as a single mother who worked hard to get ahead. 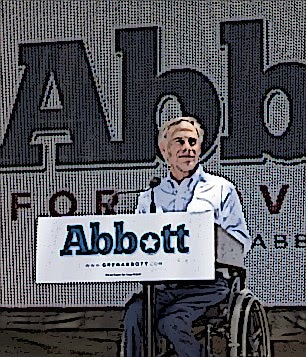 The truth is that at age 19, I was a teenage mother living alone with my daughter in a trailer and struggling to keep us afloat on my way to a divorce. And I knew then that I was going to have to work my way up and out of that life if I was going to give my daughter a better life and a better future and that’s what I’ve done. I am proud of where I came from and I am proud of what I’ve been able to achieve through hard work and perseverance.

And I guarantee you that anyone who tries to say otherwise hasn’t walked a day in my shoes.

...I appeared to be the only one making the connection between her “walk in my shoes” remark and that fact that he is a paraplegic... 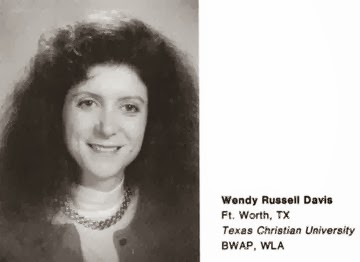 Davis was not an unwed teen mom who single-handedly willed herself from the trailer park to Harvard Law. Instead, she married a much older lawyer, had him cash in his 401(k) and take out loans to pay for her schooling, then dropped him the day after the last loan was paid off. She even left the kids behind, giving him full custody so she could focus on politics.


Wendy Davis needs a man like a fish needs a rich bicycle that will pay its way through fish law school and take full custody of its spawn.

...After a few days of silence, Davis skirted over her deception to instead lash out at her opponent, popular Attorney General Greg Abbott:

Two days ago, Abbott and his campaign sunk to a new low, making personal attacks on my family, my education, and my character.

(Abbott had nothing to do with the left-leaning Dallas Morning News exposé.)

Attacks won't work. Mine is the story of millions of Texas women who know the strength it takes when you're young, alone and a mother.

These attacks show that Greg Abbott's completely out of touch with the struggles that I faced and so many Texans face.

Because Abbott, a paraplegic since his 20s, has never faced struggle.

Like so many Texans, I'm proud of where I came from and proud of what I've been able to achieve through hard work and perseverance.

But are you proud of lying about your life?

Before this is all over, I expect Davis to claim that she bought her pink tennis shoes from a 1/32nd-Cherokee friend named T-Bone.

I've come to the conclusion that Davis is the perfect poster-child for the modern Democrat Party.

And... another graduate of the Joe Biden school of gaffery... Welcome to the big time, Wendy!

Next, her twitter feed will feature a claim that she's the only gubernatorial candidate who will STAND UP for Texans.