U.N. finally finds the worst abuser of women's rights and it's... Israel

It’s hard to understand why we allow the U.N. to take up the most expensive East River real estate in New York. They are an organization of anti-Israel and anti-American socialists, dictators and fascists. 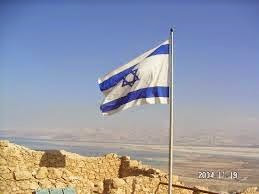 This year they selected Israel as the worst abuser of women’s rights – of Palestinian women’s rights. Their selection was posted in a U.N. report titled, “Situation of and assistance to Palestinian women.” Forty-five states participated and only Israel and the U.S. opposed the censure. Thirteen members of the European Union abstained.

The U.N.’s Commission on the Status of Women (CSW) chose Israel out of 193 nations, which includes countries that allow women to be beaten by their husbands, women who need four witnesses to prove they’ve been raped, women who suffer sexual mutilation, and women who have to walk around covered up from head to toe.

They did not choose China with its millions of women who face forced abortions and sterilizations.

One of the members of the CSW is Iran where adultery is punishable by stoning and women who kill their rapists are executed. Women in Iran need the consent of their husbands to hold a job. An Iranian woman must not step beyond her house for her presence in society breeds sin. She must stay at home, serving her husband’s carnal desires and taking care of the household. Women of Iran can’t be judges and they can never be president. Harsher punishments are issued for women, their credibility as witnesses and inheritance rights are half those of men in Iran.

The CSW will say the alleged Israeli occupation prevents Palestinian women from advancing and becoming self-reliant. It’s not their religion and traditions. It’s the Jews' fault.

Jews are the U.N.’s favorite scapegoats.

The U.N. Women has posted right on their site that in 2011 survey of the Palestinian Central Bureau of Statistics revealed that one-third of women experiencing violence remain silent or seek help from family. Few turn to specialized institutions, and even less to security and justice services. If they do, they are thought to have brought shame on their family.

Also on their site is this: A societal culture of shame, the patriarchal nature of Palestinian society, and pressure from family and the community in cases of gender-based violence, make it difficult for women to reveal their plight. Inadequate laws, lack of protection services, and low confidence in justice and security institutions further hamper opportunities for women to seek redress. As a result, most violence cases are not reported and never enter the justice system.

But it’s the Jews' fault?

This is the U.N. Obama plans to bring his nuclear deal to while bypassing the Congress. It’s the U.N. to which he might abandon Israel if they don’t agree to go back to 1967 borders.

It’s a little sick to allow this cesspool of deranged individuals to act as moral authorities.