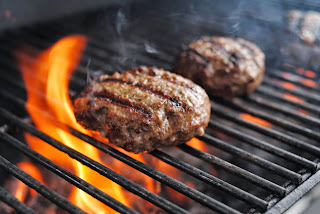 Those in business who have to oblige the Environmental Protection Agency (or the state government agencies that carry out federal laws) on a daily basis know there’s an endless list of issues upon which the cabinet agency can (and does) interfere and obstruct. But a few recent examples reveal the extent to which the government regulators are willing to extinguish our individual freedoms.

Attention this week is trained on the Supreme Court, where a costly Obama regulation on mercury emissions from utilities’ coal-fired power plants is under a challenge. That’s a big issue that addresses whether EPA conducted a proper cost-benefit analysis for limiting those emissions, which has major implications related to the cost of electricity, but is otherwise complex for the layman.

But other areas of increased meddling are more plain – and obnoxious.

Early this month the Associated Press reported that EPA plans to introduce new rules that limit pollutants from new wood-burning stoves. The regulations on manufacturers will allegedly reduce particle emissions by 70 percent, will lead to one fewer premature death per day, and produce $100 in economic benefits for every $1 in additional costs to meet the new standards. But there are plenty of doubters about any estimates EPA makes with regard to regulatory costs or speculative benefits – among them with regard to the aforementioned mercury rule, for example, as well as the non-existent benefits from limiting carbon dioxide emissions from power plants.

As with many EPA mandates, the wood-burning regulations would be expected to be enforced by states, but some – including Michigan and Missouri – have already said they will resist. And as is so often the case with stricter environmental standards, the increased costs impact low-income families – such as many in the Appalachia region – the most.

“They’re trying to regulate it out of existence, I believe,” said Phillip Todd of Holts Summit, Mo., to AP, “and they really have no concern about the economic consequences or the hardship it’s going to cause.”

Then there was the report a week ago that EPA has its Big-Brother eye on barbecue grills. The Washington Examiner reported the agency’s plans to fund a University of California project to reduce grease fires and the resulting “air pollution and health hazards.” While the agency’s involvement at this point is a relatively tame $15,000 grant, it’s part of an overall nanny-state-sounding initiative called the “National Student Design Competition for Sustainability Focusing on People, Prosperity and the Planet.”

Out of the same program came another $15,000 grant to create a wireless system for hotels to track how much water their guests use. The device would be affixed to shower fixtures and transmit usage information to “a central hotel accounting system,” according to a Washington Free Beacon report.

“This technology will provide hotel guests with the ability to monitor their daily water online or using a smart phone app and will assist hotel guests in modifying their behavior to help conserve water,” the grant said.

The Free Beacon also noted that EPA also has a “WaterSense” program for hotels that “encourages” them to install low-flow toilets and fixtures, institute towel and linen re-use programs, and utilize irrigation “controllers.” The University of Tulsa professor who received the water-tracking grant, Tyler Johannes, said he hoped to see the technology “adopted by all major hotels and used across the country.”

The Free Beacon’s report apparently struck a nerve at EPA. Deputy press secretary Laura Allen contacted the publication and wanted to make clear that the “EPA is not monitoring how much time hotel guests spend in the shower.” She insisted that “the marketplace, not EPA, will decide if there is a demand for this type of technology.”

But with environmental regulations, today’s options strike a path to tomorrow’s mandates. As Examiner reporter Paul Bedard noted, “EPA has been increasingly looking at homeowners” – especially with regard to gas-powered equipment, for example. According to a 2012 report, after EPA implemented stricter emission standards on lawnmowers, costs increased by up to $20 for a walk-behind model and by $100 for riding mowers. And the agency is in perpetual incrementalist mode, whether it’s regarding various pollutants on power plants, or ozone standards in metro areas around the country. They are repeatedly tightened, to the point where health benefits are undetectable yet additional costs are burdensom.

Business and industry are the easy targets, but now EPA has trained its sights on homeowners hitting them in areas of basic needs: heating, food preparation, and water use.

You can see where these stories are going: finance and research the technologies first. Justify them with phony or fudged numbers about minimal economic costs and exaggerated health benefits. Then mandate their use. It’s the EPA way.