EMAIL ISSUES: A new report from the State Department Office of Inspector General finds that hardly any of the 1 billion emails State Department officials sent in 2011, during Hillary Clinton’s tenure as secretary of state, were preserved.

ALEXANDRIA, Va. — It looks like Hillary Clinton wasn’t the only one in the U.S. Department of State with email issues. 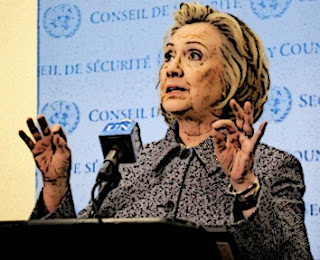 A new report from the State Department’s Office of Inspector General found that employees only archived 61,156 emails out of the more than 1 billion they sent in 2011, a year that falls right in the middle of Hillary Clinton’s four-year tenure as secretary of state.

To put that disparity in perspective, if each email created by the State Department that year were a sheet of paper, the paper stack would be more than 63 miles high, well into the thermosphere layer of Earth’s atmosphere and far higher than any plane can travel. But the archived portion of those emails or papers would only reach about 20 feet high, roughly the height of a two-story building.

“Federal law requires departments, agencies, and their employees to create records of their more significant actions and to preserve records according to government-wide standards,” the report reads.

The State Department upgraded its technology in 2009 to make sure emails could be kept as official records.

But without centralized oversight, understanding of record-keeping requirements, the difficulty of working the record-keeping software and a “reluctance to use record email because of possible consequences,” that didn’t necessarily happen at the State Department, the report found. The report specifically said some employees decided not to keep records because they worried those emails could be found in searches.

The OIG report comes to light as likely presidential candidate Hillary Clinton, who served as secretary of state from January 2009 until February 2013, is under fire for solely using her private email account and server to conduct government business.

The report is particularly bad news for Clinton, who ensured the world at a press conference earlier this week that one way her emails were preserved was by virtue of being sent to other State Department employees with government addresses on the government server. Originally intended to stay an internal document but then released by the Office of Inspector General, the report comes just days before national Sunshine Week begins Sunday.

— Kathryn Watson is an investigative reporter for Watchdog.org’s Virginia Bureau, and can be found on Twitter @kathrynw5.

Entire U.S. Government is now completely corrupt, just like a 3rd World Banana Republic. Time for a complete purge by placing a Bounty on all U. S. Politicians successfully prosecuted.