Iranian Defector: US arguing on Iran's behalf with P5+1 countries 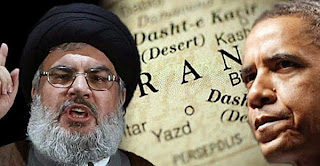 An Iranian journalist who was sent to cover the nuclear talks in Lausanne, Switzerland, defected over the weekend... Amir Hossein Motaghi, who was instrumental in the election of President Hassan Rouhani when he served as his personal aide during the Iranian election, asked authorities in Switzerland to grant him political asylum...

...According to the British Telegraph newspaper, Motaghi ... harshly criticized the American role in the talks, saying the White House was attempting to persuade the other members of the P5+1 group of nations (US, England, France, Russia, China and Germany) to accept Iran’s point of view.

“The US negotiating team is mainly there to speak on Iran’s behalf with other members of the 5+1 countries and convince them of a deal,” Montaghi said.

Israeli Prime Minister Benjamin Netanyahu condemned on Sunday the framework Iranian nuclear agreement being sought by international negotiators, saying it was even worse than his country had feared...

"This deal, as it appears to be emerging, bears out all of our fears, and even more than that," Netanyahu told his cabinet in Jerusalem as the United States, five other world powers and Iran worked toward a March 31 deadline in Lausanne, Switzerland.

Noting advances made by Iranian-allied forces in Yemen and other Arab countries, Netanyahu accused the Islamic republic of trying to "conquer the entire Middle East" while moving toward nuclearization.

And where will Obama be when nuclear weapons detonate in the Middle East or cities in the West? 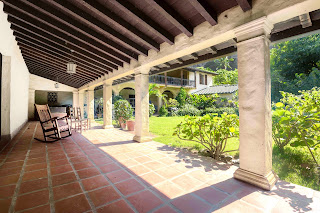 News reports indicate that President Barack Obama may have just purchased a beachfront home in Hawaii. But isn’t he worried about sea level rise from global warming?

Hawaii’s KTV4 News reports that a man connected to Obama purchased the multi-million dollar beachfront home featured in the show “Magnum P.I.” — the property was then sold to a limited liability corporation in Colorado. But if the House was bought on the president’s behalf, isn’t he worried that rising sea levels will harm his new real estate?

So why would Obama give a crap whether Iran gets nukes? He will be long gone when the piper will be paid.

Time for a tsunami? Couldn't happen to a more deserving schmuck!