Netanyahu faced an insurgent left-wing party, likely because of his hard line against both Iran and President Obama’s horribly failed foreign policy.

This is the first time the Israeli left came so close to coming back to full power in this post 9/11 world.

...Netanyahu’s Likud Party isn’t in such a strong position that it can control the whole government and seeing as how Israel is a Parliamentary system Netanyahu and Likud will now have to arrange a governing agreement with some of the lesser, left-wing parties.

But the fact that Bibi pulled this out at the last second is also telling. Israel is not ready to hand leftists full power.

Recall that Obama and his minions are reported to have spent U.S. taxpayer dollars to defeat Netanyahu. 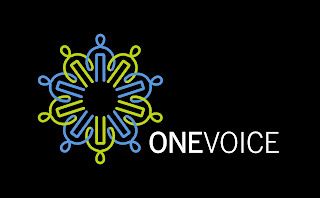 President Barack Obama despises Israeli Prime Minister Benjamin Netanyahu with such immense passion that he has been covertly scheming to prevent the PM from being reelected in this upcoming Tuesday’s legislative election.

He has been doing so by secretly funding those non-profit organizations in Israel that are actively attempting to dissuade the Israeli people from voting for Netanyahu.

This unauthorized funding casts an extraordinarily pernicious light on Obama, especially given that we as a nation ought not to interfere with an ally nation’s election... This is why the president has ordered the non-profits to scrub anything from their websites that leads a trail back to him...

The Senate believes [OneVoice, a group affiliated with Obama associates tried to influence the Israeli elections, and has launched] an investigation into whether or not Obama “aided OneVoice’s efforts to defeat Netanyahu via grants from the State Department.”

We know for a fact that Obama’s State Department gave OneVoice a grant for $350,000. What we do not know, but that we suspect to be true, is whether the grant was issued specifically to help the non-profit thwart Israeli PM Benjamin Netanyahu’s reelection efforts... We also know that back in 2010, Obama’s State Department issued a $999,715 grant to the Abraham Fund, which too is actively plotting to negatively affect Bibi’s chances of winning.

And the last word(s):

Hope ESPN will run a ticker that @netanyahu won. How else would @BarackObama find out? #IsraelElections

Dems in 2014: Foreign governments are buying our elections! Dems in 2015: Let's spend some money to defeat Netanyahu. #IsraelElections

The enemies of liberty and the enemies of #Israel will have to wait another day. #IsraelElections http://t.co/wJnkFA3Vs8

Hey, @SpeakerBoehner, why not invite @netanyahu back just to rub it in? #IsraelElections

Is that really true? If it is, has any other President done that to any allies or others to influence on their internal political matters like affecting the election results before Obama?.
David