Try and contain your surprise: Hillary Clinton is engaged in a world-class cover up: 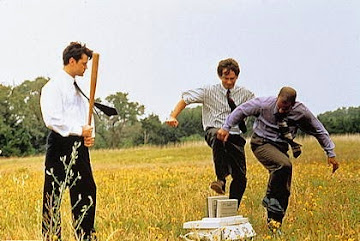 ...Clinton, a likely Democratic presidential candidate, faced a Friday deadline to respond to a subpoena for emails and documents related to Libya, including the 2012 attacks in a U.S. diplomatic compound in Benghazi that killed four Americans, including the U.S. ambassador to Libya.

The Benghazi committee demanded further documents and access to the server after it was revealed that Clinton used a private email account and server during her tenure at State.

Gowdy said he will work with House leaders to consider options. Speaker John Boehner has not ruled out a vote in the full House to force Clinton to turn over the server if she declines to make it available...

...Rep. Trey Gowdy, R-S.C., said the former secretary of state has failed to produce a single new document in recent weeks and has refused to relinquish her server to a third party for an independent review, as Gowdy has requested... “Not only was the secretary the sole arbiter of what was a public record, she also summarily decided to delete all emails from her server, ensuring no one could check behind her analysis in the public interest,” he said.

It is likely, according to former federal attorney Shannen W. Coffin, it is likely that Hillary's activities constitute a series of felonies.

a federal criminal law makes it a felony when any custodian of official government records “willfully and unlawfully conceals, removes, mutilates, obliterates, falsifies, or destroys the same.” The crime is punishable by up to three years in prison. And interestingly, Congress felt strongly enough about the crime that it included the unusual provision that the perpetrator shall “forfeit his office and be disqualified from holding any office under the United States.”

...Unlike the Presidential Records Act, which allows the president a cooling off period before subjecting his records to public review, the Federal Records Act does not allow officials in federal agencies the same grace period. Yet that presidential privilege, at a minimum, is what Hillary Clinton claimed for herself. Could it be said that she also violated a federal criminal prohibition on willfully “concealing” federal records? That certainly is a question that should be examined.

Is this one bridge too far for the Clinton crime syndicate? Only time will tell.

The whole thing stinks. Why did it take 2 YEARS for the GOP to figure out Hillary had private email? The House could have subpoenaed the seizure of the server but didnt. Nothing but a bunch of yapping from Gowdy and no ACTION.

Killary should be arrested and fitted for an orange pantsuit.