The Parties of Crony Capitalism and Corruption

Prior to the 2014 mid-term elections, Reince Priebus, the chairman of the Republican National Committee claimed it's "un-American" for Barack Obama to consider implementing an executive amnesty for millions of illegal aliens across the country. 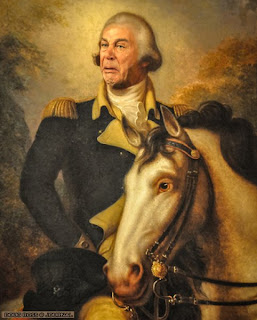 Priebus said: "We will do everything we can to make sure it doesn't happen: Defunding, going to court, injunction. You name it. It's wrong. It's illegal. And for so many reasons, and just the basic fabric of this country, we can't allow it to happen and we won't let it happen. I don't know how to be any stronger than that. I'm telling you, everything we can do to stop it we will."

Given what has transpired since the election, how eagerly the Republican leadership capitulated, if not enthusiastically facilitated the funding and implementation of Obama's "illegal" executive amnesty; one can easily conclude that Priebus must have known what he was saying was not true or he was completely out of touch with the plans of the Republican Congressional leadership.

I think he was lying to get votes.

According an article in the left-wing outlet Politico and reported by Breitbart, Republican House Speaker John Boehner held secret negotiations with Democrat Minority Leader Nancy Pelosi, leading up to his decision to flip-flop and fund Obama's executive amnesty; including a pre-hashed out deal to use the hoopla around Israeli Prime Minister Benjamin Netanyahu's March 3, 2015 address to Congress over Iran's nuclear ambitions as political cover to sneak in the extraordinarily controversial vote.

As part of this effort, the former chiefs of staff to House Speaker John Boehner and Republican National Committee chairman Reince Priebus, through a group called the American Action Network, spent $400,000 for advertisements aimed at pressuring House conservatives to support Obama's executive amnesty and fund it in its entirety through the end of the fiscal year.

On the same day as Netanyahu's speech, the Republican-led House of Representatives caved to the demands of Democrats and passed a "clean" Department of Homeland Security appropriations bill by 257-167 with a majority of Democratic votes. Seventy-five Republicans voted to pass the clean bill, 167 voted against passage. The measure provides full funding of the DHS through September 30th, the end of the federal fiscal year, leaving Obama's executive amnesty untouched.

In essence, the seventy-five Republicans, who joined all House Democrats to fund Obama's executive amnesty, aided and abetted the shredding of the Constitution by giving Obama the funding and future permission to rewrite federal law as he sees fit.

Rewarding his cooperation, the Democrats have vowed to protect Boehner from any challenges to his leadership by conservative elements of the Republican Party.

Apparently, there is no one in Congress to prevent Obama's continuing assault against America except two empty suits, who lack the integrity and courage to live up to their oath of office to "support and defend the Constitution," namely House Speaker John Boehner (R-OH) and Senate Majority Leader Mitch McConnell (R-KY).

I agree with Leon H. Wolf's assessment of the Republican leadership: "What these morons are defending is the right of Barack Obama to control Congress with absolutely no check whatsoever, as long as Republicans in Congress get to stay in Congress and be feted upon by lobbyists."

The November 2014 election was a repudiation of Obama's dramatic expansion of government power. The voters demanded that Congress stop his fundamental transformation of America using every power at their disposal, restoring Constitutional balance of power, and ending the Executive Branch abuses against both the citizenry and the foundational concept that individual rights are derived from God, not government. Yet, the Republican leadership and its toadies in Congress undercut that vote and became complicit in the enactment of Obama's unconstitutional policies.

There is a conflict underway in the United States between citizens who want to adhere to the Constitution and the leaders of both parties, who, through political means, wish to continue the practices of political expediency, crony capitalism and corruption.

It is a battle between the entrenched power of the bipartisan political establishment versus the rights and liberties of the American people.

It is time that we take the fight to them.