"Under Obama, we have switched sides" 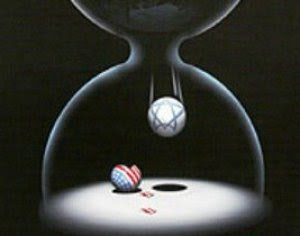 If you’re confused about the Saudi Arabia-led air attacks against Islamist rebels in Yemen and can’t tell one group of head-choppers in Iraq and Syria from another, don’t despair. All you need is imagination.

Close your eyes and imagine that those countries and terrorists have nuclear weapons. Imagine their barbarism going nuclear as they blow up cities, wipe out ethnic and religious groups and turn the region into cinders.

Now open your eyes and realize you’ve seen the future, thanks to President Obama’s policies. It is a future that will be defined by Obama’s Wars. Yes, plural.

I’ve written frequently about the likelihood of a dystopian “Mad Max” scenario if Iran gets nukes. My thinking is guided by a belief among American military and intelligence officials that a nuclear exchange would take place in the Mideast within five years of Iran getting the bomb. To judge from events, the future is arriving ahead of schedule.

I once called this scenario "The Atomic Mahdi", though I had no idea then that we would have a president actively conspiring with the Mullahs. 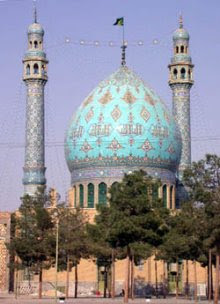 These are grim thoughts, expressed because it is impossible to imagine any other outcome of Iran’s rise. It remains the world’s largest sponsor of terrorism and supports Hezbollah and Hamas and now the Houthis in Yemen. As for Iranian influence in Iraq, one analyst is calling Suleimani, the Revolutionary Guard commander, Iraq’s new “viceroy.”

Remember, too, Iran muscle and munitions are keeping Bashar Assad still standing in Syria. The wholesale death and destruction there — an estimated 200,000 people killed and millions displaced within the country and out of it — could be a prototype of its new empire.

While there are many dark and complex forces in play and blame to spread around, the most important catalyst of the violent disorder has been the reversal of America’s policies. Under Obama, we have switched sides, an abomination that ensures a legacy of infamy.

And pray for our country. And our world.

Video: Jesus and the Shroud of Turin [BEST FILM ON SHROUD EVER PRODUCED]