SOME ANIMALS ARE MORE EQUAL THAN OTHERS: Apparently, DC Insiders Can Legally Avoid Paying Taxes

You learn something new every day: did you know that government insiders can receive "certificates of divestiture" that allow them to "indefinitely defer" paying taxes on proceeds from stock sales? 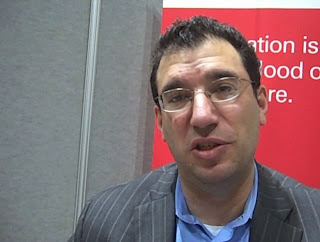 When Andy Slavitt reported for work as deputy administrator of the federal Centers for Medicare and Medicaid Services last June 10, he pocketed at least $4.8 million in tax-free income from major health-care companies.

...CMS officials ... initially issued a categorical denial to TheDC that Slavitt had sought and received a special “certificate of divestiture,” a loophole which allowed him to indefinitely defer capital gains taxes on the sale of millions of dollars in equities.

But when TheDC produced two certificates of divestiture issued to Andrew and Lana Slavitt — both dated July 9 and signed by the Office of Government Ethics’ general counsel David J. Apol – the agency backtracked.

That same day, OGE permitted him to sell 11,670 additional shares in the Swiss private equity firm of Partners Group Private Equity, which, according to an Office of Government Ethics official, included underlying health-care investments.

The Swiss per share market price for the stock on July 9 was $249. Slavitt was able to cash in the stock for $2.9 million in tax-free income.

And what exactly is a "certificate of divestiture" (PDF)?

If you are an executive branch employee of the Federal Government or plan to become one, at
some point you may have to sell certain assets to avoid a conflict of interest or the appearance of a
conflict. Under tax rules, the sale of an asset may cause you to have a taxable capital gain which must be reported to the Internal Revenue Service. However, to make it easier for you and your family to comply with ethics rules, the tax laws provide that before you sell your asset, the Director of the Office of Government Ethics (OGE) may issue a Certificate of Divestiture (called a CD) which will allow you to defer the capital gains tax. The CD does not eliminate the capital gains tax; it simply defers payment of the tax to some future date.

In reading the applicable statute and regulatory guidance, I could find no timeline for repayment of capital gains taxes.

I guess some animals really are more equal than others.