Like your doctor, keep your doctor. He 'evolved' on gay marriage. He's against wiretapping American citizens. He's drawing a "red line" with Syria on its use of chemical weapons. Yada yada yada.

So, I ask you drones, leftists and other miscreants: why would you believe anything this man says, ever? 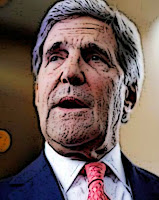 “The biggest threat to our security and our future was and remains Iran's attempts to arm with nuclear weapons,” Netanyahu said at the ceremonial opening of the 20th Knesset just hours before the self-imposed deadline for reaching a framework deal between the world powers and Iran.

“The agreement being put together in Lausanne paves the way for that result. Apparently it will leave in Iran's hands underground facilities, the [hard-water] reactor at Arak, advanced centrifuges...

...All those things that only a few months ago we were told, rightfully so, that they were not vital to a peaceful nuclear program.”

Underground facilities? A reactor at Arak? Technically advanced centrifuges? But... but... but... I thought...

It was US President Barack Obama who said that each of those elements was not needed for a peaceful program. 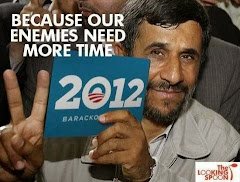 Obama, during a question-and answer session at the Saban Forum at the Brookings Institution in Washington in December 2012, said the following:

“In terms of specifics, we know that they don’t need to have an underground, fortified facility like Fordow in order to have a peaceful nuclear program.

Thought experiment: if Obama really was doing his damnedest to surreptitiously deliver nuclear weapons into the hands of the Iranians, what exactly would he be doing differently?

And I also put it to you: isn't there some way to blame this on Bush?

"... WHAT WOULD HE BE DOING DIFFERENTLY?"

A WEEK HAS GONE BY AND OBAMA STILL DITHERING ON IRAN
NYTIMES:

With Iran on a razor’s edge after a week of swelling protests, the Obama administration has fended off pressure from both parties to respond more forcefully to the disputed election there. But if Iranian authorities carry out their latest threat of a more sweeping crackdown, the White House would reconsider its carefully calibrated tone, officials said Friday.

Administration officials said events this weekend in Tehran — when demonstrators plan to rally in defiance of the authorities — would be a telling indicator of whether President Obama would join European leaders and lawmakers on Capitol Hill in more harshly condemning the tactics of the Iranian government.

REGARDLESS OF THE SUPPOSED REASONS FOR THIS RELUCTANCE... IT SUCKS.

THE POTUS SHOULD BE LEADING THE FREE WORLD, NOT "European leaders and lawmakers on Capitol Hill...".

OBAMA IS A MORAL FAILURE AND A - IN GEOPOLITICAL TERMS - A STRATEGIC AND TACTICAL FAILURE.

IF HE WAS A CRYPTO-MUSLIM WHO WANTED THE MULLAHS TO SUCCEED, WHAT WOULD HE BE DOING DIFFERENTLY?

THEREFORE, FOR ALL INTENTS AND PURPOSES, OBAMA IS OUR FIRST MUSLIM PRESIDENT - AND THE FIRST TO SUPPORT TYRANNY - A MUSLIM TYRANNY, AND SHARIA - OVER LIBERTY.

it's always been there for all to see - for all who dared open their eyes, that is...

Reilapundit is 100% correct. Conservatives and many others saw this years ago. Obama is a Muslim/Islamic sympathizer and an American hater. He should have been impeached long, long ago. There is no opposition party in the republican leadership any longer. Why aren't people marching on D.C. with tar and feathers and more? WHY?

Doug - we'll probably see a Trident submarine being handed over to Iran with the full keys and a complete technology transfer with the understanding that by doing so they won't have to make nuclear weapons.

I'm becoming quite convinced that Obama is actually the father of lies.

Obama was 'transparent' to many people, even before he was 'elected' (Chicago-style).

Many of us knew who/what he was then and are proved right now.

He's not fond of this country or our laws/Constitution. His ideology is foreign to this nation.

You are certifiably crazy, misinformed, and an idiot. To speak of a traitor---YOU are the traitor! How dare you support a foreign leader over our president! The insanity of people like you who have no clue what that defunct, lying Israeli government crew is, and has been doing to our country,. Glance at the money we give to a ungrateful and nothing but trouble Israel. Can u use your brain or is it dead? Why did we fight in Iraq and Afghanistan--do u really think it is to protect American freedom? Grow up and smell the coffee. Glance at a history book and see what Zionism has done to our world since Herzel poisoned Judaism with the the Zionist philosophy in 1898. Educate yourself about the theft and terrorism the Jewish conquerors inflicted on the Palestinians starting in the 1920's. Research the Stern Gang, The King Davis Hotel, the US Liberty, read Ben Gurion's letters to his son about conquest of Palestine and how all had to be driven out or killed. OPEN YOUR EYES!!! But u probably think two planes took down three buildings, if u even know a third building went down on 911 at 530 at night. Your foolish ignorance is breathtaking. You are a traitor and an uneducated fool.

You don't even know what you're talking about. You're the one that is uneducated fool. All you have is hate for jews just like many others and you're an anti semite. Some day soon you will fond out how much damage this president has done to this country and will take a generation to recover from it.