Federal Judge Not Only Halts Obama's Lawless Amnesty Order, But Also Demands He Do This 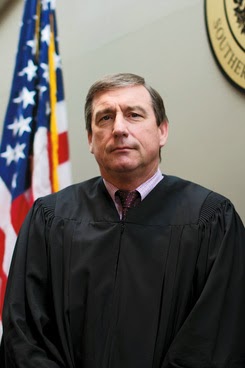 The judge who put a halt to Obama’s amnesty plans was being pressured to put aside his ruling by Obama’s administration. But instead of bowing to pressure the judge demanded that Obama send his representatives to his courtroom to explain why they think they have the powers to even issue the amnesty and why they lied about what they’ve already done.

Obama’s team already admitted that they lied to federal Judge Andrew Hanen about what actions have been taken to push Obama’s amnesty and the judge is furious about it.

“The hearing is in response to a filing last week in which the government acknowledged three-year deportation reprieves were granted before Hanen’s Feb. 16 injunction, which temporarily halted Obama’s action, sparing from deportation as many as 5 million people in the U.S. illegally.”

The coalition of 26 states which had convinced Judge Hanen to temporarily block Obama’s executive amnesty charges that the government misled the judge about not implementing part of the plan before the judge halted it, giving the states more time to argue against the president’s unilateral action on immigration.

Judge Hanen is demanding that the administration explain why they issued amnesty papers to up to 100,000 illegals despite telling the judge they hadn’t made any such moves.

This brave judge is not buckling under Obama’s pressure and is instead bringing pressure of his own to bear.

While I applaud this judge's rulings, I hope he realizes that all he will get as explanations are lies, lies and more lies.

why is it okay for some to commit perjury but not others.