What a fascinating and momentous time we live in—a time that may well be remembered as an awakening of our great nation. President Trump, the catalyst, has changed the debate in this country on seemingly everything from identity politics and immigration to trade and foreign policy. Barack Obama said he wanted to “fundamentally transform” the United States, and did his best to carry out that promise to the detriment of the country. But it seems Trump could be the greater “transformative” president. All for the good—a transformation back to our constitutional and historical roots after almost a century of progressivism.

And he certainly is changing the Republican Party along with we’ve come to know as the “conservative movement.” 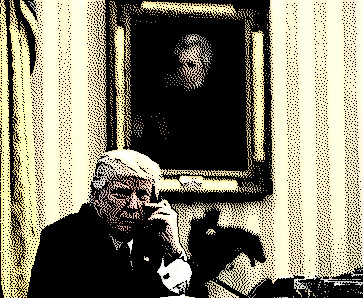 Critics will say that Trump is “not a conservative” and that he doesn’t have any governing philosophy but, as they have been with almost everything when it comes to Trump, the critics are wrong. Trump does indeed have a governing philosophy. It just isn’t the one we have been hearing from Republican leaders for the past 40 years—including everyone from Jack Kemp, Newt Gingrich, the Bushes, Paul Ryan, and all of the leading conservative think tanks, National Review, The Weekly Standard, and the rest. Trump’s philosophy goes deeper and further back than our self-destructive dalliances with globalism, “free trade,” open borders, what’s good for Wall Street, and an imperialistic, “neoconservative” foreign policy.

Trump’s “conservative” critics will insist he’s not even a Republican—and if by “Republican” they mean Jeff Flake, Mitt Romney, or Jeb Bush, then right they are. But the Republican Party wasn’t created in 1994, it was founded in 1854. The Party has gone through many changes since then, but it was founded on principles that predate it as a Party, that go back to the early days of our Republic. Leaving the GOP aside, there are rich philosophical traditions running through American history. Trump it can be said, is beyond “party,” as he is not even a politician in the classic sense. And in that vein, he is drawing from many philosophical roots.

Trump has been called a nationalist and a populist. He is certainly a bit of both of those, but it is very difficult to define Trump by political labels. One thing seems certain; there has never been a more “American” president than our current one. He is a self-made man in the truest sense in the American tradition. Trump is part Andrew Jackson, Andrew Carnegie, Buffalo Bill Cody, with plenty of P.T. Barnum thrown in. He is a can do, rough-and-tumble, builder, creator, frontiersman; employing brains, brawn and yes, a fair amount of hucksterism to achieve not just his dreams, but America’s promise.