Okay, I just made that headline up. The real one is Chicago could soon test universal basic income program

Chicago may soon become the largest municipality in the U.S. to test a universal basic income program.

Chicago alderman Ameya Pawar recently proposed legislation that would provide 1,000 families with a $500 monthly stipend -- no questions asked. The bill already has the backing of the majority of city lawmakers, and Pawar hopes to soon work with Mayor Rahm Emanuel to implement the pilot program, The Intercept reported...

Most Fiscally Irresponsible President Ever Proposes to Bankrupt Country Faster

Okay, made that one up, too: Barack Obama signals support for a universal basic income

Former President Barack Obama came out in support of an economic policy that is far to the left of anything being proposed by most sitting U.S. politicians.

While delivering remarks Tuesday at the 16th annual Nelson Mandela Lecture in Johannesburg, Obama appeared to endorse the idea of creating a universal basic income, the policy where the government grants citizens a minimum annual income to live on. 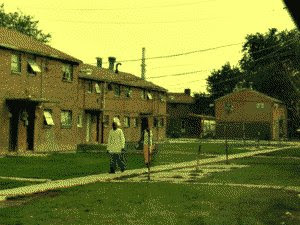 "Universal basic income" would extend welfare to everyone.

The massive expansion of the welfare state has been a disaster for America's poorest citizens.

It has promoted the destruction of the two-parent family, by encouraging women to give birth without a father in the home. The various welfare programs have provided perverse incentives to poor females to have more children, usually without a father present.

And growing up without a male father figure correlates directly to crime, poor educational outcomes, and prison.

A universal basic income will extend the same perverse incentives to a wider group, thereby growing America's culture of dependency.

You don't have to believe me. Read the research.

Never mind that the Chicago is the brokest-ass city in America and is driving its most successful residents away with an endless series of tax hikes.

Never mind that America is $21 trillion in debt, an amount that defies any rational explanation for repayment.

Never mind all that: this is yet another lurch left for the Neo-Communist (i.e., Democrat) Party that aims to grow dependency in order to enslave its weakest constituents.

Related: How We Lost the War On Poverty.

The communists will never stop till they have reduced America to the state of Detroit, Chicago, San Francisco and Newark.