SO SAD: Even Democrat-Funded Fusion GPS Thought Their Russian "Source" Was a Liar 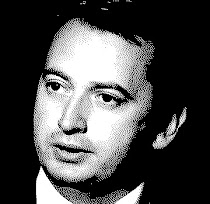 The veracity of the Steele dossier is once again a topic of intense debate following the Justice Department’s release of secret warrants that the FBI used to monitor former Trump campaign adviser Carter Page. The four applications, which were obtained under the Foreign Intelligence Surveillance Act (FISA), show that the bureau relied heavily on the dossier, which was funded by the Clinton campaign and DNC, to obtain the warrants, which accused Page of being a secret Kremlin agent.

But not only do many of the allegations in the dossier remain unverified, there is reason to doubt the credibility of a major source for the 35-page document, including for claims that the Kremlin has blackmail material on President Donald Trump and about Page’s alleged involvement in a collusion conspiracy.

The founder of the firm that commissioned that the dossier expressed doubts about that source, a Belarusian American businessman named Sergei Millian. And Christopher Steele, the former British spy who wrote the dossier, has reportedly told associates that allegations about Donald Trump attributed to Millian have only a “fifty-fifty” chance of being accurate.

According to the recent book “Russian Roulette,” Glenn Simpson, the founder of Fusion GPS, believed that Millian was a “big talker” who overstated his links to Trumpworld. 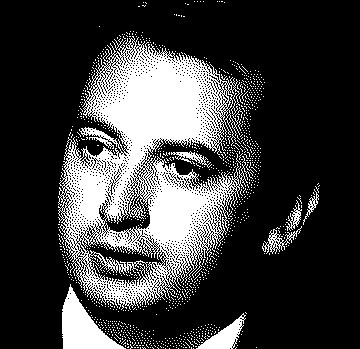 “Had Millian made something up or repeated rumors he had heard from others to impress Steele’s collector? Simpson had his doubts. He considered Millian a big talker,” write authors Michael Isikoff and David Corn, who are good friends with Simpson.

Millian is both Source D and Source E in the dossier, according to The Wall Street Journal and The Washington Post. In the 35-page document, Source D alleged that the Russian government is blackmailing Donald Trump with video of a sexual tryst with prostitutes at a Moscow hotel room. Source E described an alleged “well-developed conspiracy of co-operation between them and the Russian leadership.”

“This was managed on the TRUMP side by the Republican candidate’s campaign manger, Paul MANAFORT, who was using foreign policy advisor, Carter PAGE, and others as intermediaries,” reads the dossier.

The Carter Page FISA applications released on Saturday are heavily redacted, so it is unclear what all information the FBI picked from the dossier to convince judges to grant the spy warrants. It is also unclear how far the FBI went to verify the dossier and the accuracy of Steele’s sub-sources. Republican lawmakers who have reviewed less-redacted versions of the FISA applications have said that the bureau did not provide evidence verifying the dossier. The use of the unverified Steele report has led Republicans to accuse the FBI of misleading the federal judges in the applications for the Page spy warrants.

The unredacted portions of the applications show that the FBI did use allegations from dossier sources other than Millian, whose real name is Siarhei Kukuts.

The applications cite Steele’s claims that Page met secretly with Kremlin insiders Igor Sechin and Igor Diveykin during a July 2016 trip to Moscow. The dossier alleges that Page and Sechin discussed U.S. sanctions against Russia while the Trump aide and Diveykin discussed compromising material that the Russian government had on both Trump and Hillary Clinton. Those allegations are attributed to Kremlin insiders rather than Source D or E.

Page has vehemently denied meeting with either Sechin or Diveykin or discussing any compromising material on Clinton during the campaign.

“Speaking in confidence to a compatriot in late July 2016, Source E, an ethnic Russian close associate of Republican US presidential candidate Donald TRUMP, admitted that there was a well-developed conspiracy of co-operation between them and the Russian leadership,” reads the dossier.

“This was managed on the TRUMP side by the Republican candidate’s campaign manger, Paul MANAFORT, who was using foreign policy advisor, Carter PAGE, and others as intermediaries.”

Page has denied taking part in a conspiracy with Russian leadership. He has also denied ever speaking to Manafort. It is unclear whether the FISA applications include references to that section of the dossier.

Millian, who operates an obscure trade group called the Russian-American Chamber of Commerce, has repeatedly denied being a source for Steele’s, but he has avoided questions about whether he could have unwittingly provided information that ended up in the report.

Millian did have one known link to the Trump campaign. In late July 2016, he reached out to George Papadopoulos, the Trump adviser who has pleaded guilty to lying to the FBI about the timing of his contacts with an alleged Russian agent.

Despite his concerns, Simpson pitched Millian’s name to his friends in the media.

According to “Russian Roulette,” Simpson “tipped off ABC News, which conducted an on-air interview with Millian.”

In July 2016, ABC’s Brian Ross interviewed Millian about his connections to Trumpworld.

In the interview, Millian denied being a Russian spy but acknowledged having contacts in the Kremlin. He told Ross he was one of the “very few people who have insider knowledge of Kremlin politics…who has been able to successfully integrate in American society.”

He also spoke of Trump, saying that the former real estate tycoon “likes Russia because he likes beautiful Russian ladies.”

“He likes talking to them, of course. And he likes to be able to make lot of money with Russians, yes, correct.”