WOW: Even heavily redacted, the FISA warrant to spy on the Trump campaign is shocking... 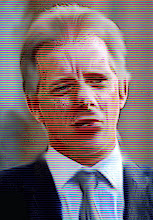 450 pages pertaining to the FBI's FISA Warrant to spy on Carter Page have been released.

There is NO DOUBT at this point the fake Steele Dossier was used to get this FISA Warrant.

Months of pimping that Papadopoulos fake narrative down the toilet! Time to remind everybody yet again of what they already know: after TWO YEARS 'agent of a foreign power' Carter Page has been charged with....what was that?

That fake Steele dossier was cobbled together to serve as a JUSTIFICATION for leaks to the media about fake Trump/Russia collusion and then it was used to get a warrant to LEGALLY SPY on the Trump campaign team.

There never supposed to be any REAL follow through against Page. The people who faked that Steele dossier & laundered it as if it came from the INTELLIGENCE COMMUNITY and the STATE DEPARTMENT instead of from Fusion GPS knew there was no real case against Carter Page.

And TWO YEARS LATER there's STILL no case against Carter Page. "Source 1" - Christopher Steele - had such great 'evidence' against Page that 2 years later Page after all this legal spying, Page has been charged with...exactly nothing.

Reminder: the 'evidence' being supplied to the FISA court to get this warrant approved is a dossier Steele supposedly compiled from SHADOWY ANONYMOUS RUSSIAN SOURCES.

None of these sources are named & none testify to the court.

The FISA Court is supposed to TRUST STEELE. There is a high bar that has to be gotten over to get a warrant to spy on a US citizen. The FBI is essentially saying "We don't have any actual witnesses here, just a dossier compiled by this guy using anonymous Russians sources but hey he's so AWESOME & TRUSTWORTHY!"

FBI burbling to the FISA Court back in 2016: "Look at that face! Isn't that an HONEST AND TRUSTWORTHY face? This guy is like James Bond! You can just take his word to the bank, Judge!"

The FBI then subsequently - get this! - FIRED this honest and trustworthy guy for lying to them about leaking his dossier to media hacks like David Corn of Mother Jones.

And they hid the fact they'd fired Steele from the FISA Court the last 2 times they got the warrant renewed. Everything I'm telling you in this thread was ALREADY PUBLIC KNOWLEDGE months ago. There is nothing new so far. The parts of this FISA document I've looked at so far only CONFIRM everything we already know. The fun that's gonna ensue when Horowitz's FISA Court Fraud/Trump Spying report is released and then Trump declassifies a lot of this stuff is going to be EPIC. See, once you understand the fact TRUMP ALREADY KNEW ALL OF THIS LONG AGO, he's just on his own timetable for rolling it out when HE'S ready, after Horowitz is done & Congress grills the plotters under oath.

HOW would they stop him from declassifying what he wants? Even if you buy the lunatic theories that Jeff Sessions & Rosenstein are now 'in' on it and fighting to keep this stuff hidden, how do they stop Trump?

He'll move when HE'S ready and they can't stop him. Confirmed even more today: James Comey's FBI & Holder/Lynch's DOJ was a place where FISA warrants were being granted on the basis of -

are you sitting down, people?

You can't make this up. "Hi FISA Court judge! I'd like a warrant to spy on this US citizen!"

"Great! What evidence do you have?"

"A dossier full of anonymous Russians & these anonymous sourced media stories from Yahoo News & The Atlantic!"