LIKE A SIEVE: Here is the Exhaustive List of Illegal Leaks by Robert Mueller’s "Very Special" Counsel

The usual suspects of hack media propagandists and Democrats -- but I repeat myself -- have cheerled the meme that the fraudulently composed Mueller investigation has been "leak-free".

Let's set the record straight here, recognizing I will shortly be shadow-banned by Twitter, Facebook, and Match.com.


Questions which special counsel Robert Mueller wants to ask President Trump have been leaked to The New York Times. The investigator wants to inquire about whether Trump obstructed justice, whether he was aware of Russia's interference in the 2016 election, and the firings of Michael Flynn and James Comey among other things.


“In the only conversation I’ve had with Robert Mueller, I stressed to him the importance of cutting out the leaks,” Rep. Trey Gowdy, R-S.C., told “Fox News Sunday” after news of impending indictments in Mueller’s probe was leaked last October. “It’s kind of ironic that the people charged with investigating the law and the violations of the law would violate the law.”

And, courtesy of WJLA, here are an additional 25 leaks about the Mueller investigation and the problems they may cause: 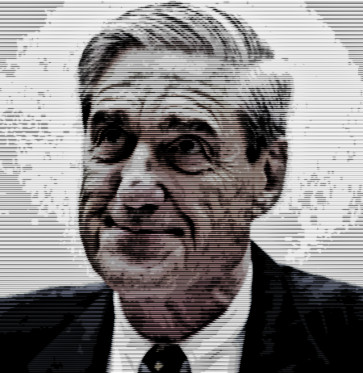 And what Mueller and his band of Democrat hacks don't seem to understand is that, should they attempt to remove President Trump from office by any means, they will be crossing their own, personal Rubicons.

Thank you for the historical outline of Deep State transgressions via Mueller (deep state stooge). It will make their trial for Treason that much easier to conduct...

Unable to find anything criminal to pin on Trump, the incessant leaks at least serve to cast innuendo on Trump, thereby proving that this investigation is nothing more than a political coup by 'other means'.

Add another leak to the list, from ABC, citing unnamed sources: