Representatives of Fusion GPS must answer a broad array of questions about the opposition research firm’s role in creating, investigating and disseminating the infamous Steele dossier, a federal judge ruled.

The trial is scheduled to begin in Miami in November.

Ungaro ruled that attorneys for the executive, Aleksej Gubarev, can ask Fusion GPS representatives in a deposition about the firm’s dossier clients, its efforts to verify the dossier, its decision to hire dossier author Christopher Steele and its interactions with government officials and media outlets, including BuzzFeed.

Fusion GPS, which was founded by three former Wall Street Journal reporters, has resisted efforts to provide information about its work on the dossier. The firm has claimed that revealing details about its dossier work would violate its confidentiality clauses with its clients as well as its First Amendment rights to political free speech.

Fusion GPS was hired in April 2016 by the law firm representing the Clinton campaign and DNC to investigate Donald Trump’s links to Russia. Fusion in turn hired Steele, a former British spy with connections to Moscow. 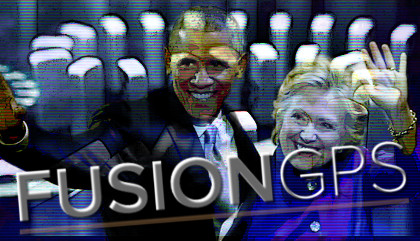 Ungaro largely rejected Fusion’s First Amendment objection, saying the firm’s business relationships with its clients “are not protected from disclosure by the First Amendment even though the opposition research it conducts on behalf of clients may be political in nature.”

“This ruling gave us everything that we had hoped for,” Evan Fray-Witzer, a lawyer for Gubarev, told The Daily Caller News Foundation.

“After a year of trying everything they could think of to avoid being deposed, Fusion is finally going to have to sit down and answer our questions,” he added.

Gubarev has vehemently denied the allegations and claims that BuzzFeed was negligent in failing to investigate the claims before publishing the dossier.

BuzzFeed has defended its decision to publish the document, saying it disclosed in an article revealing the dossier that the document had not been verified. The website’s editor, Ben Smith, said BuzzFeed published the dossier because the document was in the hands of numerous U.S. government officials and media outlets.

Smith has argued the public had a right to know what information government officials were sharing about Trump.

Gubarev’s attorneys have sought to question Fusion GPS executives in order to find out whether the allegations about Gubarev were investigated and whether BuzzFeed News was warned about the accuracy of the claims.

Steele, who is being sued by Gubarev in London, revealed in court filings in 2017 that he had not verified the final dossier memo before BuzzFeed published the document.

Gubarev’s lawyers have also sought to find out who provided the dossier to BuzzFeed.

Fusion GPS has denied being BuzzFeed’s source. It has been widely speculated that a longtime associate of Arizona Republican Sen. John McCain provided the dossier to BuzzFeed. David Kramer, a former Department of State official, was with McCain when the Republican was first told about the dossier by Sir Andrew Wood, the former U.K. ambassador to Russia and an associate of Steele’s.

In late November 2016, Kramer traveled to London on McCain’s behalf to meet with Steele. Fusion GPS co-founder Glenn Simpson has testified to Congress that he and Steele discussed whether to provide the dossier to Kramer. Simpson told Congress he had long known Kramer and trusted him with the dossier.

McCain provided an incomplete copy of the dossier to then-FBI Director James Comey on Dec. 9, 2016. McCain did not know at the time that Comey and the FBI had already reviewed the Steele reports.

Smith is also being sued by Gubarev.

Kramer has not responded to numerous requests for comment about his handling of the dossier. Shortly after he provided it, Gubarev’s lawyers announced they had learned the identity of BuzzFeed’s source.

Fusion will "answer" with objections, misdirection, and sheer unintelligible babble. PAGES of "answers" will contain NOTHING relevant or meaningful. The judge will, ultimately, compel responses on pain of criminal contempt charges. The process could take MONTHS.

Confidentiality clauses with clients? That defense is null and void these days, thanks to Cohen.