The 10 Worst Automotive Love-Children of All-Time

I saw a 2000-vintage Jaguar the other day and it reminded me of some of the failed marriages between auto companies and their hellspawn products. Like:

When The New York Times asserts that your vehicle may have been "the dud of the decade", it should give you pause. Like reconsidering whether you should visit a car dealership without a parent or guardian.

Ford and Jaguar combined the beauty of the Taurus with the, uhm, price of a Jag and the result was as you would expect. Many drivers had the experience of Edmunds commenter nomorejags14 who wrote of his 2003 copy, "...after a week the radio screen stop working, not long the wheels bent (all four), the check engine light came on, cat converter 2, after replacing twice the light is still on, then all codes possibles were detected by the scanner... and no mechanic could even look at it. Last hope I took it to a expert, his first words were 'get rid of this thing'." 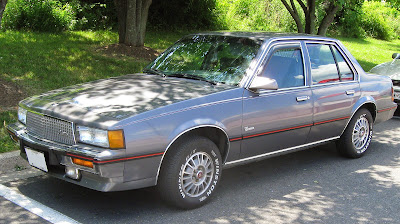 The Cimarron was called "a shameful, cynical attempt to compete against BMW" not because of the strategy, but the tactics GM employed. How would you feel driving a hyper-expensive Chevy Cavalier with all the curb appeal of a John Deere leaf-blower? 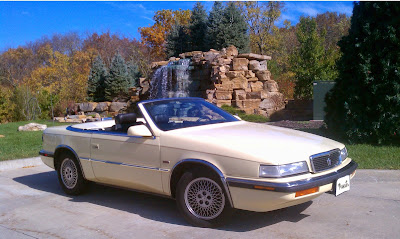 Chrysler took the infamous K-car -- a horrifically bad product family -- and shipped it to Maserati for assembly. Why a transatlantic voyage was necessary to create a LeBaron is beyond me, but that's why I'm not a marketing genius making $500,000 a year.

It deserves special ridicule because some have called it a dual loser: both "the worst Maserati and worst Chrysler ever". 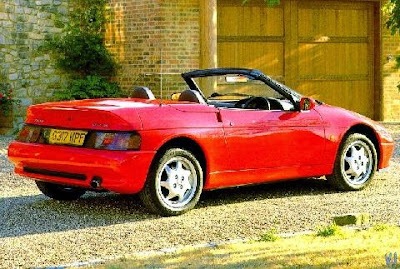 Nothing says class like an Isuzu-powered Lotus. This represented just another step on GM's road to bankruptcy: it owned Lotus and controlled Isuzu at the time. 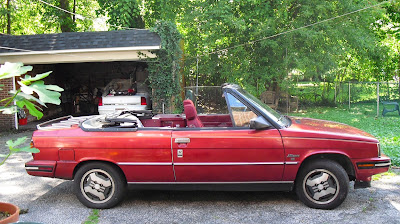 An AMC-built Renault? What could possibly go wrong? With a hefty 60 horsepower, the body of the convertible version flexed so much, the doors wouldn't close. I'm guessing this particular unit helped destroy the Renault brand in the U.S. 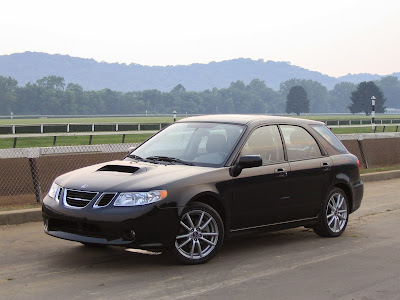 When Swedish carmaker Saab ran into problems, it found an unlikely partner in GM. Given the Detroit automaker's legendary competence, it promptly required assistance from Subaru.

Recall seeing any of these cars lately? If you have, send me a photo, 'cuz most of them are languishing in junkyards somewhere. Or being hidden in garages by owners too embarrassed to drive them. 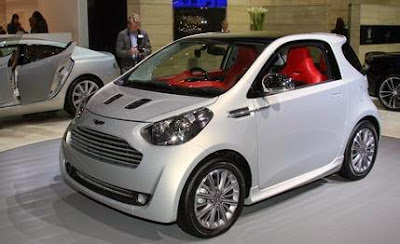 The legendary automotive brand was a favorite of James Bond. Let me know when a James Bond movie features the super-spy driving a $47,000 Scion. 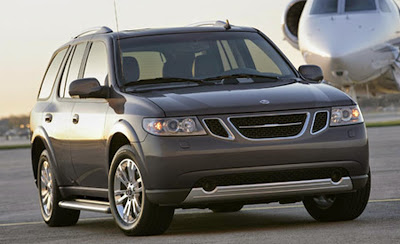 At the midpoint of Edmunds' worst cars of all-time list sits the 2006 Saab 9-7X: "The only Saab ever built in Moraine, Ohio, was a gussied-up Chevy TrailBlazer. It's definitive proof that GM's ownership of Saab was completely misbegotten." 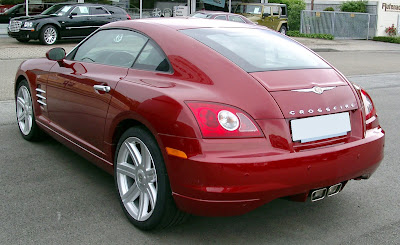 The ill-fated 1998 merger between Daimler-Benz and Chrysler was short-lived. Of course, with its vaunted "synergies" producing love children like the Chrysler Crossfire, such an outcome could easily have been predicted. Top Gear's Jeremy Clarkson once likened the rear end of the Crossfire to a "dog squatting to take a dump."

I'm no word expert, but that doesn't sound like a compliment. 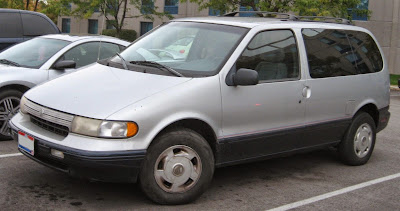 Don't ask why two companies would ally to create versions of the same vehicle (e.g., the Mercury Villager and the Nissan Quest). Suffice it to say that a Harvard MBA was probably involved somewhere along the line.

The Villager, which owners fondly referred to as the Pillager, made a couple of "worst car ever" lists, which I think overstates the matter. The Villager was probably just one of the worst cars of the decade.


Related: The 10 Cars With the Most Obnoxious Drivers.

at 7:29 PM
Email ThisBlogThis!Share to TwitterShare to FacebookShare to Pinterest
Labels: Autos, Water-cooler

The problem here is that the Jaguar had absolutely nothing to do with the Taurus, it did not look like one, it did not share mechanicals with one, there was no Taurus in this thing.

It was a tarted-up Ford Mondeo (an earlier version of which was sold in the US as the Contour) wrapped in an eight-tenths scale rendition of a Jaguar XJ body.

It was an adequate car, but adequate isn't good enough against the BMW 3-series. And the XJ shape came out oddly bulbous and feminine when shrunken to fit the Mondeo guts.

I had a Villager. It was a very good little van. Good on gas, quite reliable. I don't know what the logic was to have The Nissan and mercury names on the same van, but I was quite happy with it.

As stated above, the X-type was based on the Mondeo/Contour platform and was sold here from 2001 until 2008. Ford made the decision that they needed to compete with the BMW 3 series and the MB C class cars. In order to make the X type unique, they decided to make it all wheel drive which hurt fuel economy. The first two model year cars were plagued with teething problems but after 2002, the car was quite reliable. Unfortunately for Jaguar, in today's economy you only get one shot to make a goo impression and the early model year's problems doomed the sales of the later models. It was a very safe car and most people who bought one of the later model years were disappointed when jaguar discontinued its production.

I had one of those The Cadillac Cavalier Cimarrons given to me. I drove it for a couple of weeks and then gave it away. I had a better performing 81 olds omega, which is a whole 'nother story.

As to the Mondeo/Contour, I had a 98 SVT Contour. Other than an engine replacement and a broken clutch plate, it was a lot of fun to drive. It needed more torque and horsepower. By the ay, the car the I had before it was a 91 Dodge Spirit R/T. What a car!