Beyond any definition of “left” or “right.”

What is the most important theme of Israeli politics, policy, and thinking today? It is pretty simple but you will rarely see it explained in much of the world: 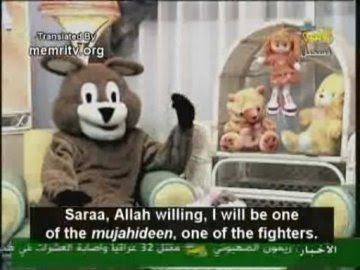 Most Israelis believe that the Palestinians don't want to make a comprehensive peace with Israel in exchange for a Palestinian state. Hamas doesn’t want it; the Palestinian Authority (PA) is both unwilling and unable to do it. Israel faces a hostile Iran, Syria, Hamas, and Hizballah, and various Islamist movements which all want to destroy it. In addition, it cannot depend on strong Western or international support in defending itself.

Therefore, it is not a moment for Israel to make big concessions or take big risks. Peace is not at hand. The priority—even while continuing negotiations and trying to help the PA to survive—is defense.

That’s what the people who voted for Labor or Likud or Lieberman, Kadima or Shas or National Union or Jewish Home or United Torah Judaism believed. More than 85 percent of Israelis voted for parties that hold that basic conception, while that concept itself is the product of a very serious assessment of very real experience. And that—whatever differences they have—is beyond any definition of “left” or “right.”

In contrast, what is the main theme internationally in evaluating the elections? The right in Israel is against peace, Israelis moved to the right in this election hence Israelis are against peace.

To make such a leap, it is necessary to avoid talking about the herd of elephants in the room: Palestinian politics. If anyone looked beyond the most superficial level of English-language interviews by PA leaders trying to make propaganda points, the conclusion is unavoidable that there is no possibility of an Israel-Palestinian peace agreement for years to come. This is regardless of who is Israel’s leader or anything within reason, or even somewhat beyond reason, which could be offered.

Here are some tips toward proving that point: 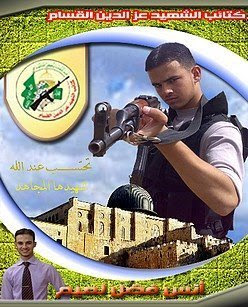 --Analyze the Fatah Central Committee's membership and the viewpoints expressed by the group’s top leaders. The number who can be called moderates ready to accept and implement a two-state solution stands at about 10 percent of them.

--Mahmoud Abbas is weak. He has neither charisma nor organized base. While relatively moderate he will not give up the demand for all Palestinian refugees to be able to live in Israel, something that is acceptable to no potential governing party in Israel. He is sick and will probably not last in office much longer. He has made no attempt to transform Palestinian political thinking or to provide an alternative vision of peace for his people.

--There is no moderate alternative Palestinian leader in Fatah or elsewhere. Are there those who voice a moderate two-state solution position and who advocate coexistence? Yes, there are some but they have no organization or power whatsoever. Moreover, they say so almost exclusively in English to Westerners and not to their own people. To express anything equivalent to Labor or Kadima, even Likud, positions is to risk your life.

--Schools, mosques, media and other institutions controlled fully or partly by the PA daily preach that all Israel is Palestine, Israel is evil, and violence against it is good. Hardly the most minimal steps have been taken to prepare the Palestinian masses for peace. For example, no one dare suggest that a Palestinian nationalist movement might want to resettle Palestinian refugees in Palestine, not Israel; or that Israel and President Bill Clinton made a good offer in 2000 and it was a mistake to reject it. Or a dozen other points necessary as a basis for real peace.

--An unyielding historical narrative still predominates that the whole land between the Jordan River and the sea is and should be Arab Palestine. 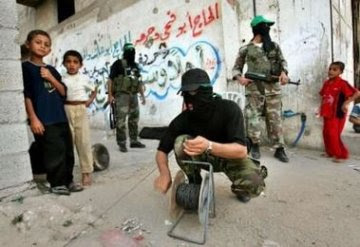 --Of course, Hamas governs about 40 percent of West Bank/Gaza Palestinians and opposes Israel’s existence explicitly. The PA and Fatah do not vigorously combat the Hamas world view, except perhaps for its idea of an Islamist state.

--On the contrary, Fatah and the PA put a higher priority on conciliation with Hamas rather than peace with Israel.

--What should have been happening recently is that the PA sent delegations around the world to announce it was the sole legitimate government of the Gaza Strip, that Hamas seized power in a coup and murdered Fatah people in cold blood, that Hamas is an extremist terrorist group, and that the PA demands the international community restore its own rule to the area. Instead, it sent delegations around the world to blame Israel for every problem and tried to negotiate a deal with Hamas without requiring any change in that organization’s policy or goals.

None of the above arguments can be refuted. Literally none of these points—except for the barrier posed by Hamas’s rule over Gaza—is really understood by most governments, academics, or journalists.

Nevertheless, if you add all these factors together it’s clear that whoever governs Israel the PA is incapable of making comprehensive peace. There is no peace process but rather a long-term peace recess.

There’s nothing left or right wing about the above analysis. Tsipi Livni and Ehud Barak know these things. Equally, this analysis doesn’t mean Israel cannot work with the PA on such matters as stability, economic well-being for Palestinians, blocking terrorism, or keeping Hamas out of power on the West Bank.

There is a Palestinian partner for the above four issues, but not for a comprehensive solution ending the conflict forever in exchange for a Palestinian state living in peace alongside Israel. As we learned in the 1990s with the peace process and more recently with disengagement, Israel’s actions—no matter how conciliatory and concessionary—cannot make peace when the other side is unwilling and unable to do so. It’s time for the rest of the world to learn this fact.


Barry Rubin is director of the Global Research in International Affairs (GLORIA) Center and editor of the Middle East Review of International Affairs (MERIA) Journal. His latest books are The Israel-Arab Reader (seventh edition), with Walter Laqueur (Viking-Penguin); the paperback edition of The Truth About Syria (Palgrave-Macmillan); A Chronological History of Terrorism, with Judy Colp Rubin, (Sharpe); and The Long War for Freedom: The Arab Struggle for Democracy in the Middle East (Wiley).